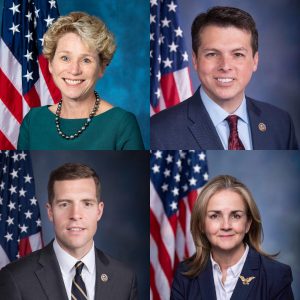 As politicos look forward to the 2022 cycle, the National Republican Campaign Committee says four PA members of Congress aren’t looking for a promotion, they’re looking for an exit.

“House Democrats are running for the exits because they know they’re in for a bruising election cycle which will cost them their jobs and their House majority,” said NRCC Chairman Tom Emmer. “They’d rather move on than have to spend another election defending their socialist agenda that will strip Americans of their private health insurance, defund the police, open our borders and raise taxes.”

The only state to have more incumbents on the list than Pennsylvania is California.

Boyle, Dean, Houlahan, and Lamb have been mentioned as potential candidates for the open 2022 Senate race in Pennsylvania, although none has formally announced his or her entrance into the race. Pennsylvania is slated to lose a congressional seat in 2022, which may impact each member’s calculus.

The NRCC goes a step further in targeting Lamb by placing billboards in his district in western PA, criticizing the Allegheny County Democrat over President Joe Biden’s position on fracking.

The Democratic Congressional Campaign Committee used a similar tactic in the 2020 cycle by releasing a “retirement watch list.” Rep. Brain Fitzpatrick (R-Bucks) was the lone Pennsylvania Republican to be included in that campaign from the DCCC. Fitzpatrick won re-election by a wide margin.

Lamb is also the lone Pennsylvania official on this list to be included on the NRCC’s initial 2022 target list.

Dean, Houlahan, and Lamb are currently serving their second full terms in Congress, while Boyle was first elected in 2014.