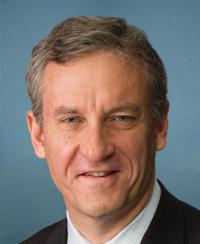 Defense will be the NRCC’s top priority, but will look for seats it can win to expand its majority.

“The success of our government depends on Republicans maintaining a strong majority in the House. We owe the American people assurance that the agenda we were elected on — healthcare reform, a stronger national defense, and more good-paying jobs – is fulfilled,” NRCC Chairman Steve Stivers said in the announcement.

“We noticed that Trump won the district, I think it is more the people being desperate for economic change,” Cartwright said in an interview with PoliticsPA

Cartwright says his focus will be on improving his constituents’ lives over the next two years.

“The people in the 17th district are my people, and they are crying for help.  I am resolved redouble my efforts to create a better direction for northeast Pennsylvania and the Lehigh Valley,” Cartwright said.

In Cartwright’s 2016 election he raised and spent over $860,000, according to opensecrets.org.

No Cartwright general election opponent has ever raised or spent more than $100,000. Connolly spent $31,000.

It’s no surprise the 17th district is on the national radar. After Trump’s surprise win, national news outlets descended on Northeast PA. “Why did Trump win? Just visit Luzerne County, Pennsylvania” declared in a headline in Newsweek.  Only three counties flipped from Obama in 2012 to Trump in 2016, and Cartwright’s district includes two of them.

The battle will be if Republicans can get the voters who supported Obama in his two runs to come out in a non-Presidential year to vote for Republicans.  The push by the NRCC to try to win seats that ticket split between President and Congress will test how long Trump’s coattails will be during his term in office.