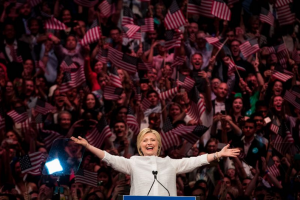 Hillary Clinton maintains a solid lead over Donald Trump in the Keystone State.

That’s according to a poll from the New York Times and Siena College, which has the Democrat ahead seven points, 49% to 42%, in a two-way race.

The NYT/Siena poll found large educational and racial gaps in their results. For instance, Trump leads whites 45% to 40% but trails among blacks by a mammoth 90% to 1% margin.

Among whites without a college degree, Trump is actually ahead of Mitt Romney’s pace with a 51% to 34% advantage. The problem for him is that Clinton leads 47% to 38% with whites who do have a college degree.

Furthermore, Trump actually is bringing in working-class whites in the Northeast area around Scranton and Wilkes-Barre. Nate Cohn writes that he has a sixteen-point lead up there. This is a section of the state where Romney won by just four.

Yet just 76% of Republicans are supporting the nominee. That’s a dangerously low number for Trump and suggests that GOP women in the Philly suburbs are abandoning him. She leads by twelve points, 48% to 36%, in those suburbs. Clinton is also likely to get a big margin out of the City of Brotherly Love as it currently stands at 77% to 9%.

One silver lining for Donald Trump, though, is that he leads among those most likely to vote. Respondents who said they are 91-100% likely to vote prefer him 49% to 48%. The complete breakdown is below:

The New York Times Upshot/Siena College poll surveyed 824 likely voters in Pennsylvania and was conducted on landline and cellular telephones with live interviews from October 23th to 25th. The margin of error is +/- 3.4%.

The full crosstabs for this poll are presented below: 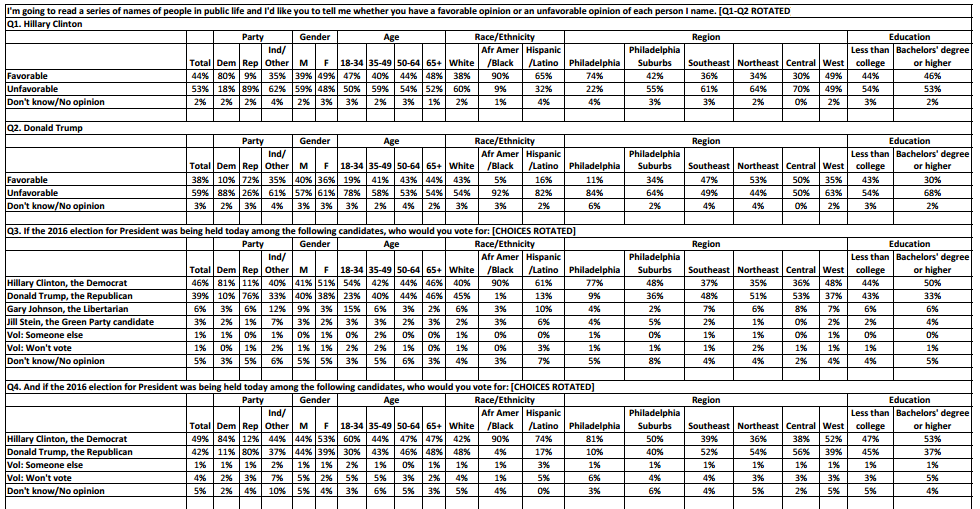