Obama and Romney Fight Over the Youth Vote 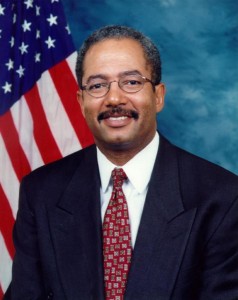 For President Obama, a major ingredient in his recipe for a successful presidential run in 2008 was the enthusiastic and unprecedented mass support of this country’s youth.  Four years later, with polls showing the younger generation feeling increasingly more jaded about the politics surrounding a poor economy,  the Obama campaign has used the threat of rising interest rates on student loans in the hopes of relighting the political fire of student voters.

Speaking on behalf of the Obama campaign this afternoon, Congressman Chaka Fattah, Guidance Counselor Karina Hirschfield, and La Salle University sophomore Steve Chintaman drove home the point that unless Congress acts, the interest rates on student loans will double on July 1st of this year.

“The country cannot afford to make it $1,000 dollars more expensive for students under student loans by allowing interest rates to double, said Fattah. “We have to work on the affordability of college education, and the President says universities have to do their part in terms of holding their tuition increases, but we also have to make sure that student loans and the interest on them are not outrageous.”

Providing a personal experience from the student perspective was Steve Chintaman of La Salle University. Chintaman, a sophomore, is already facing a $22,000 student debt mountain to climb.

“I cannot imagine the financial strain my family and I would face if my loans interest rates were doubled,” said Chintaman.

“I am seeing more and more students getting great acceptances, however, the gap in financial aid that they need to cover is getting bigger and bigger,” said Hirschfield.

Congressman Fattah was the only one to take a jab at Mitt Romney’s stance on higher education, saying that the Governor Romney’s budget would eliminate tax credits that aid students with their tuition costs.

“With one of every two recent college graduates unemployed or underemployed, President Obama won’t be able to skate by on empty rhetoric and campaign promises – he’ll have to run on his failed record of high unemployment, skyrocketing gas prices, and mountains of new debt, said Romney spokesperson Amanda Henneberg.