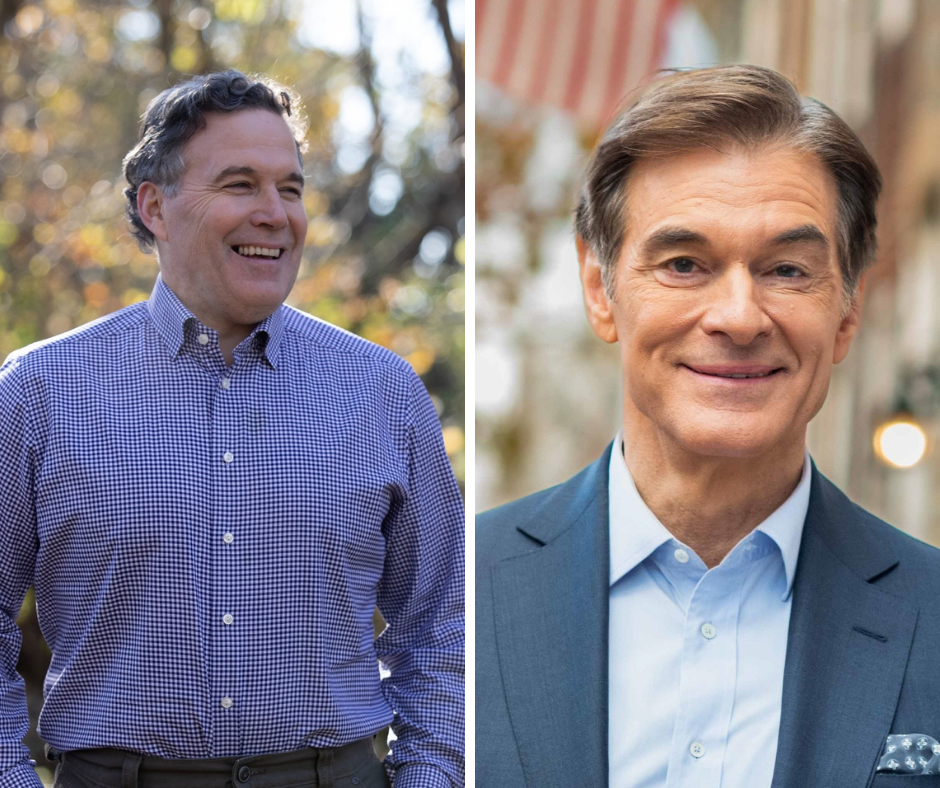 A new Emerson (Mass.) College Polling/The Hill Poll released today shows a statistical dead-heat between Mehmet Oz and David McCormick in the race for the Republican nomination for the Pennsylvania U.S. Senate seat vacated by the retiring Pat Toomey.

Doug Mastriano holds an advantage in the chase for the GOP governor’s nomination, while John Fetterman holds a commanding lead for the Democratic U.S. Senate nomination.

In the much-publicized GOP Senate contest, Oz edged McCormick by the slightest of margins, 14.4 percent to 14.3 percent. Kathy Barnette was third at 6.4 percent, followed by Carla Sands (5.7) and Jeff Bartos (5.3). George Bochetto (2.3) and Sean Gale (1.1) failed to reach three percent.

More importantly, over half (50.5 percent) of the 372 Republicans surveyed indicated that they were undecided.

On the Democratic side, Fetterman ran away with nearly one-third (33.4 percent) of the 471 responses, while Lamb secured just 10.0 percent. Kevin Baumlin (9.0), who withdrew from the race earlier today, Malcolm Kenyatta (7.6) and Alex Khalil (2.8) were under 10 percent. It was just over a week ago that POLITICO reported the release of an internal memo showing that Lamb trailed by 30 points.

Once again, over one-third of the respondents said that they were undecided on a candidate to support.

The big winner was “undecided,” polling at 48.7 percent of the 372 responses.

President Biden’s job approval was at 47 percent among Pennsylvanians in the Emerson Poll, while a national poll conducted by Marist College that was also released Thursday found Biden at 39 percent.

The poll also asked Pennsylvanians if they believe that the Commonwealth runs fair elections. Seventy-five percent of Democrats said yes, while only 42 percent of independents and 28 percent of Republicans agreed.

Elsewhere, 61 percent of the 372 GOP respondents said that a Donald Trump endorsement would make them more likely to vote for that candidate. Seventy-four percent felt that the amount of time a candidate has lived in the Commonwealth is very or somewhat important in their decision on how to vote.

Forty-six percent of those polled stated that the Biden Administration was to blame for the increase in gas prices, while nearly 19 percent directed their venom at gas and oil companies.

The Emerson College/The Hill Pennsylvania poll was conducted March 26-28, 2022. The general election sample consisted of registered voters in Pennsylvania, n=1,069 with a Credibility Interval (CI) similar to a poll’s margin of error (MOE) of +/- 3 percentage points.