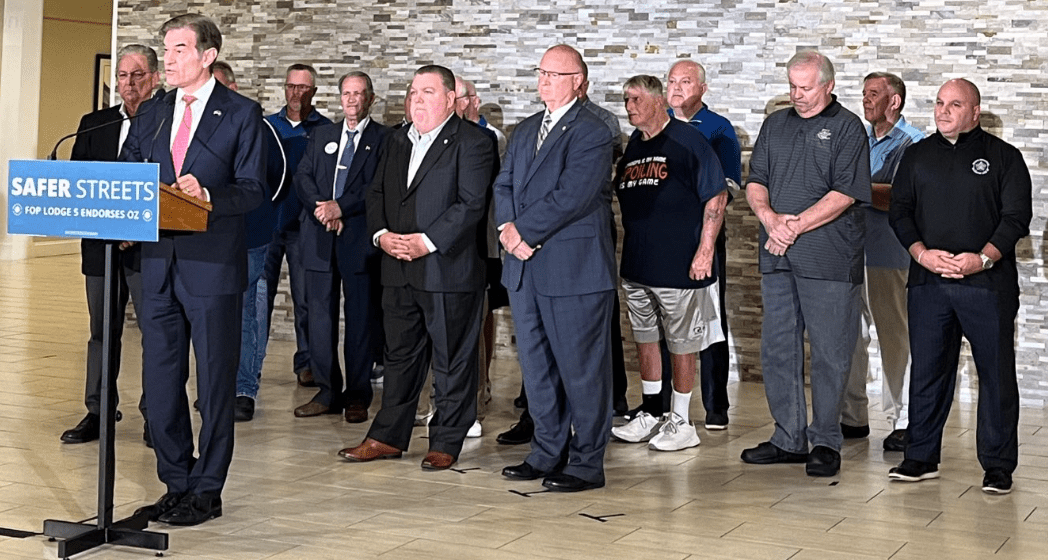 “The Philadelphia FOP is proud to endorse Dr. Mehmet Oz for United States Senate because we know he will work with – not against – law enforcement to make streets safer places to live and work,” said John McNesby, president of FOP Lodge 5. “Dr. Oz’s history of as a police surgeon and his demonstrated outreach to listen to police is a stark contrast to his opponent, who has a long history of anti-police rhetoric and advocacy for polices that make communities less safe.”

“The brave men and women of the Philadelphia Police risk their lives day in and day out to protect and serve our communities,” said Oz. “They deserve a U.S. Senator who will also work with communities to make our streets safer and better places to live and work. But my opponent, John Fetterman, would rather be the advocate for convicted murderers and violent criminals over our police officers and crime victims.”

Pennsylvania Democratic Party spokesperson Jack Doyle said that Oz, who moved to Pennsylvania to run in the Senate race, “doesn’t care about Pennsylvanians.”

”Mehmet Oz is a complete fraud who can’t be trusted to keep Pennsylvanians safe because he opposes common sense gun reforms or any meaningful measure aimed at actually reducing gun violence,” Doyle said in a statement. “Voters cannot trust him to represent them in the Senate.”

FOP Lodge 5 also endorsed Democrat Josh Shapiro in his quest for the governor’s mansion in Harrisburg.

“Every time we pick up the phone, he’s there to help us with whatever we need to do as far as law enforcement,” McNesby said of Shapiro, the state attorney general. “Listen, we’re out for whoever is out for police. We don’t look D. We don’t look R.”

McNesby said the Lodge talked to Republican gubernatorial candidate Doug Mastriano and “he was just totally different as far as right to work and as far as unions and as far as you know do as I say not as I do, and we don’t like that.”