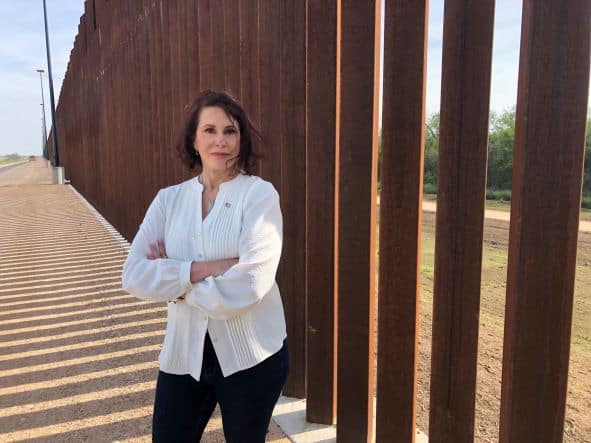 An ad that targeted Republican challenger Lisa Scheller and her company was pulled off the airwaves by its sponsoring advocacy group.

LCV Victory Fund, a group that supports federal candidates who prioritize its environmental and climate goals, removed the ad after the Scheller campaign said it contained false allegations about her company causing pollution.

Scheller, who is challenging incumbent Democrat Susan Wild in the 7th Congressional District, is the chair and president of Silberline, a global provider of aluminum effect pigments that are used in a wide variety of applications, from automotive paints and printing inks to plastics, protective coatings and consumer packaged goods.

The ad claimed that Scheller’s company “broke environmental safeguards dozens of times in Pennsylvania,” “paid more than $300,000 in penalties,” and broke the state’s environmental codes at least 64 times, including for releasing pollutants into the state’s water.

Scheller’s campaign spokesperson, Pierce Frauenheim, said the pollution cited in the ad came from a “prior tenant of the facility” that Scheller’s company occupies, and called the ad “another example of Susan Wild and her cronies lying about Lisa’s record.”

“My company has always prioritized health and safety, and I won’t tolerate dishonest attempts to smear the strong record of our employees who have spent decades building this safe and sustainable business that responsibly serves customers across the state and beyond,” Scheller said in a statement.

“Pennsylvanians are fed up with political stunts and mistruths coming from Washington, and I am disappointed that Susan Wild and her allies continue to perpetuate misinformation not only about me but about hundreds of manufacturing employees,” Scheller added.

Wild and Scheller squared off in 2020 with Wild winning 52-48 in a district that was Biden +5. Scheller is slightly favored by the FiveThirtyEight.com deluxe model, while the Cook Political Report says that PA-07 leans Republican.

The LCV Victory Fund, a liberal super PAC, has already distributed nearly $4.2 million for Democratic candidates and $1.8M against GOP candidates this cycle, according to Open Secrets.

David Willett, a spokesperson for LCV Victory Fund, said in an email to Roll Call that an additional ad is forthcoming.

“LCV Victory Fund stands by the ad and remains concerned about the history of environmental violations and enforcement actions documented against Lisa Scheller’s company, but rather than engage in a time-consuming back-and-forth with Lisa Scheller’s lawyers, we’re going to focus our energy and funds on talking to the voters about why Lisa Scheller is out of step with Pennsylvania’s 7th District,” he said.

Wild has reserved more then $550,000 in ad time in the Lehigh Valley and Philadelphia TV markets from August 29-September 12.