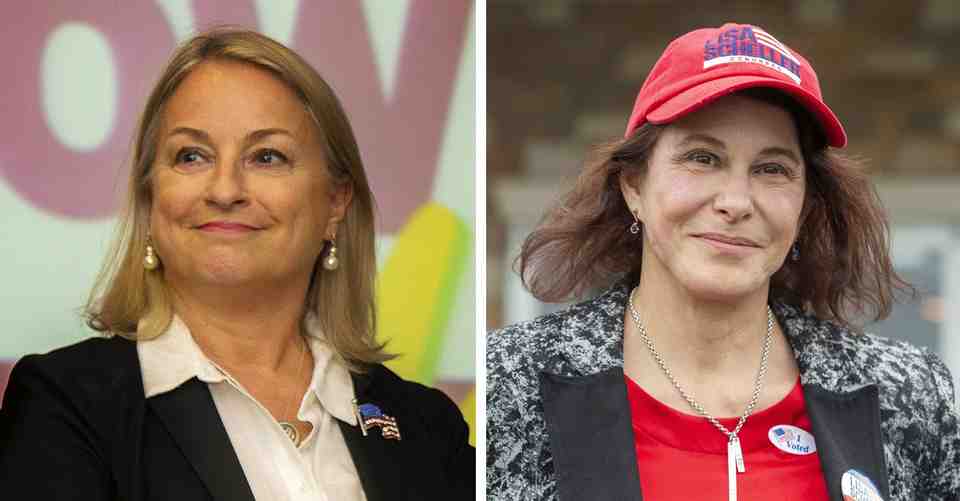 The first poll of the PA-07 general election campaign has been released by RMG Research and gives Republican challenger Lisa Scheller a four-point advantage against Democratic incumbent Susan Wild.

In a poll of 400 likely voters in the congressional district, Scheller pulled in 47 percent of the respondents, while Wild garnered 43 percent. Eight percent were not sure, while two percent opted for other candidates.

Back in 2020, Wild defeated Scheller by 14,000 votes to capture her second term in Washington. The four-point difference is within the +/- 4.9% margin of error.

“Lehigh Valley voters recognize that Susan Wild is nothing more than an out-of-touch DC liberal who has prioritized shilling for her party’s disastrous agenda over reducing costs for her constituents,” said NRCC spokeswoman Samantha Bullock.

The poll also asked about term limits with 68 percent favoring them for members of Congress. Seventy-seven percent of responses favored three terms (6 years) as the limit, while 1 in 6 favored double that or six terms/12 years.

RMG asked “if you knew that Republican Lisa Scheller signed the U.S. Term Limits Pledge and supports term limits, but Democrat Susan Wild opposes term limits, for whom would you vote?”

Scheller’s advantage among those who favored term limits jumped to 10 points at 51-37.

It is worth noting that in the release from RMG, Wild’s last name is misspelled – “Wilde.”

“No one should take a poll seriously that doesn’t even spell a Member of Congress’s name correctly,” said Wild campaign manager Sarah Carlson.

The poll also showed that 59 percent of respondents disapproved of the way President Joe Biden is performing his job, while 40 percent approve of his handling of the position.

RMG Research has a B- pollster rating according to data compiled by FiveThirtyEight.com.

The survey of 400 Likely Voters was conducted for US Term Limits on July 31-August 5, 2022. Field work for the survey was conducted by RMG Research, Inc. Certain quotas were applied, and the sample was lightly weighted by gender, age, and race. Likely voters were determined by a screening process within the survey.

The margin of sampling error for the full sample is +/- 4.9 percentage points.

The story has been updated to include quotes