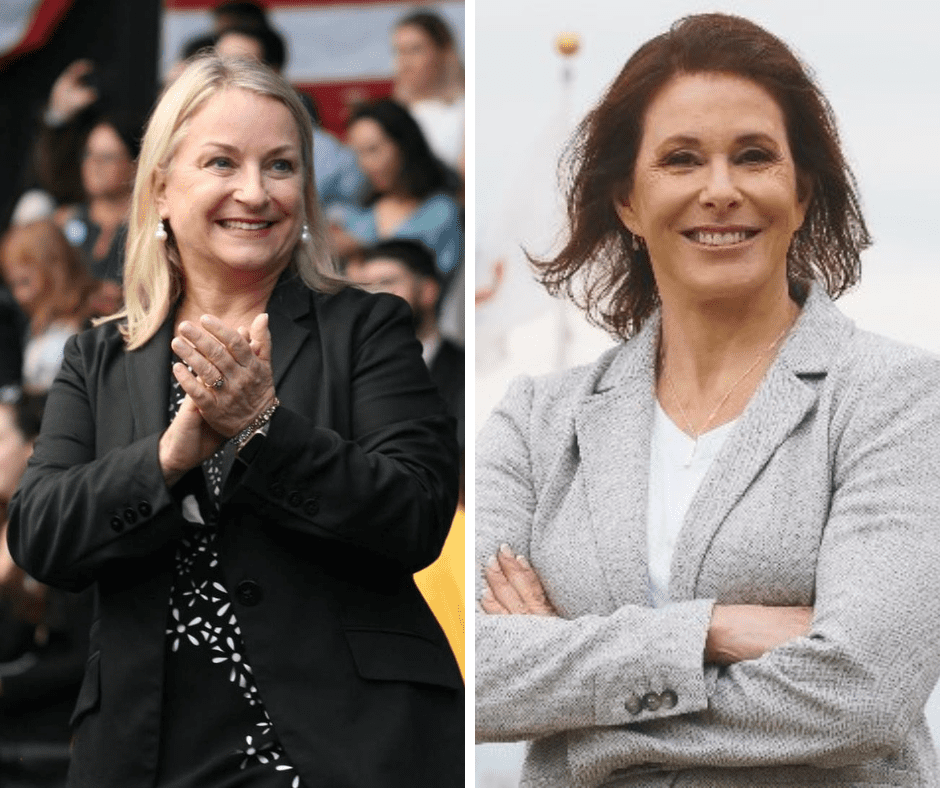 If the first debate is any indication, it is “Game On” in the quest for Pennsylvania’s 7th Congressional District seat.

“She has lied about my positions,” Republican challenger Lisa Scheller said of incumbent Susan Wild.

“Another lie,” Wild said later, after Scheller said the Democrat would “defund the police.”

And away we go.

The candidates for PA-07 engaged in their first debate of the general election season on Thursday at Muhlenberg College. It will be aired on WFMZ-TV’s Business Matters in two parts – one on Monday, Oct. 10, at 7:30 p.m. with the conclusion coming at the same time on Monday, Oct. 17.

The race is a rematch of a contentious 2020 battle that saw Wild pull out a close decision by 14,000 out of 377,000 votes. The Democratic incumbent is in search of her third term in Washington and first as the representative for a redrawn 7th District. The map now includes Carbon County, along with Lehigh and Northampton and part of Monroe counties.

It is one of the most closely-watched House races in the Keystone State. The Cook Political Report rates it as a Toss-Up, as does FiveThirtyEight.

Scheller, the GOP nominee, is CEO of Silberline Manufacturing Co., and has served as a Lehigh County commissioner.

Hosted and moderated by Lehigh Valley Chamber of Commerce CEO Tony Iannelli, members of the audience were encouraged to vocally support their candidates, but Iannelli frequently had to step in to settle the packed crowd. During a break, the show staff had to request that the audience refrain from cursing during the taping.

Scheller repeatedly mentioned “the American Dream” and her record as a business leader. She also attempted to connect the dots between Wild, President Joe Biden and House Speaker Nancy Pelosi.

“If you want to vote for Joe Biden, you vote for Susan Wild,” Scheller said. She blamed inflation on Democrats and “reckless spending.”

Wild countered that Scheller’s company is creating jobs in China, not in America. Silberline has two plants in China and is preparing to open a third.

“There is one job at Silberline Manufacturing that is safe, and that is Lisa’s job,” Wild said.

When the subject turned to abortion, the crowd of 300 at the College’s Seegers Union building turned animated.

“The government does not belong in your doctor’s office,” said Wild, who supports choice.

Scheller said Wild’s campaign has lied about her stance on abortion.

“I do support exceptions for rape, incest and for the life of the mother,” she said, while affirming her pro-life position.

“We need to build a culture of life,” Scheller said.

Wild did concede that Biden is “not perfect” and then wheeled to ask for Scheller’s position on former President Donald Trump, who endorsed her 2020 run. Scheller’s response “did not really answer the question,” Wild said.

Scheller did make her support of the Second Amendment right to bear arms clear, linking that issue to crime and support for law enforcement.

Wild said her goal is to keep guns out of the hands of criminals, not of law-abiding citizens. Scheller responded that Wild supports bans on the sale of “ARs,” an apparent reference to the AR-15, a semiautomatic weapon that is often referred to as an “assault rifle.”

A second debate between the opponents will take place October 21 at 7 p.m. at the Univest Public Media Center in Bethlehem. The debate will be televised live on PBS39 and C-SPAN and be simulcast on 91.3 WLVR.

The debate will be hosted by Jen Rehill, LehighValleyNews.com’s director of news, and political reporter Tom Shortel.