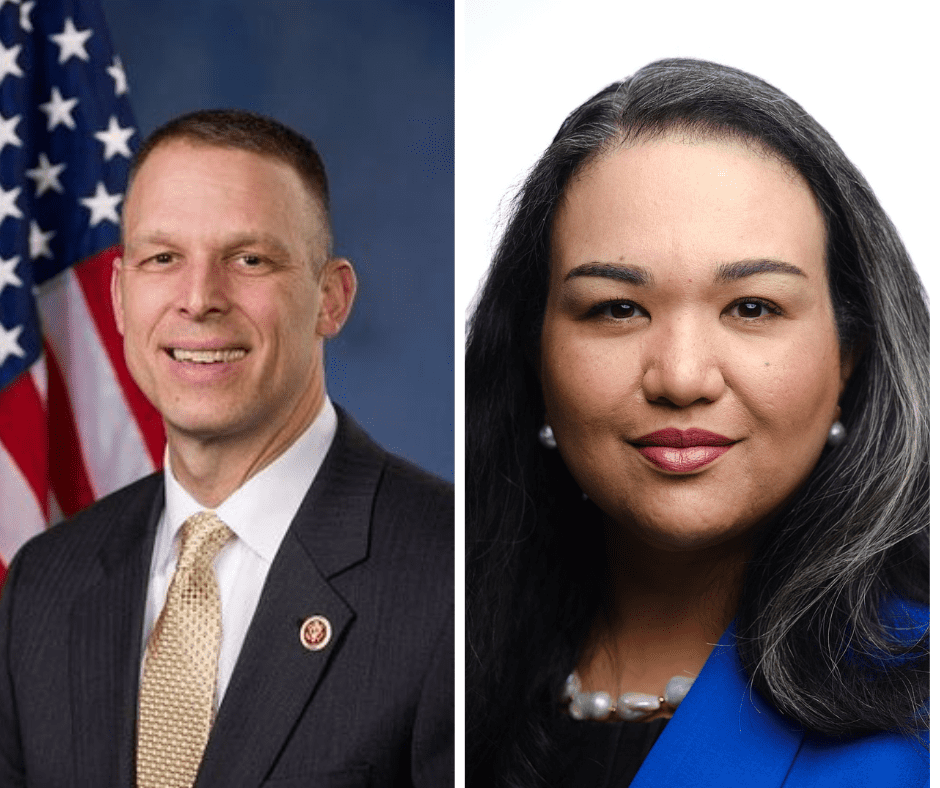 At face value, it would not appear that the race in PA-10 between Republican incumbent Scott Perry and Democratic challenger Shamaine Daniels would be close.

Perry, who first won the seat back in 2012, is the chair of the House’s Freedom Caucus and won his 2020 challenge by Eugene DiPasquale by six points.

Daniels, a three-term Harrisburg city councilwoman, is a Venezuelan immigrant who earned a law degree and is making her first appearance on the main stage.

“Someone like Scott Perry shouldn’t be allowed to be our representative, because he’s betrayed his oath of office,” says Daniels.

Perry has been among the most prominent congressmen involved in challenging the results of the 2020 election and has drawn the attention of the January 6th Special Committee.

How will the electorate in Cumberland, Dauphin and York Counties respond to the news of the day?

We asked both candidates their views on four topics.

Do You Believe That Joe Biden Was Legitimately Elected President?

Perry: “Joe Biden is the President and I attended his inauguration. My concerns then and now were over election integrity, which stem from the thousands of constituents who contacted me over the way Governor Wolf and our Commonwealth conducted the election, and their belief that their votes may not have counted. They have every right to voice those concerns, and expect me as their elected representative to voice them on their behalf, which I did and continue to do. I’ll always be an unrelenting advocate for their voices, and remain committed to ensuring that every legal vote counts and every illegal one does not.”

Your Thoughts On Roe v. Wade Being Overturned and the Future for Abortion Rights in This Country?

Perry: “The issue of abortion has returned to its constitutionally rightful place — back in the hands the states to decide as their Citizens find appropriate. I remain a stalwart advocate fighting for the rights of the unborn, and for the sanctity of human life.”

Daniels: “This is a devastating decision. This decision takes away a constitutional right that we’ve had for decades, leaving countless people nationwide at risk of harm. Abortion is still legal in Pennsylvania — but we have to take steps to ensure that it remains safe, legal, and accessible. In the immediate future, I support abolishing the filibuster and codifying our reproductive rights at the federal level, and electing Josh Shapiro as our next governor in November, to protect our reproductive rights at the state level. In the long term, we need to advance an affirmative reproductive justice agenda that centers our health.”

What Are Your Thoughts On Preventing Gun Violence In This Country?

Perry: “We need to address violence in America – of all kinds. We need a serious, bipartisan effort that’s not focused on political agendas. We need to get serious about mental health, enforce existing laws, and dismiss the radical Left’s obsession with defunding police and disarming law-abiding Americans. We don’t make our Nation stronger by making law-abiding Citizens weaker. I’ll continue to be a relentless defender of our Second Amendment Rights.”

Daniels: “I believe in responsible gun ownership. I also support common-sense gun legislation to help protect our communities and the law enforcement officers who serve them — including background checks, closing the “boyfriend loophole,” implementing extreme risk protection orders, preventing “ghost guns,” and funding research into gun violence. My city of Harrisburg experiences gun violence regularly despite not having one gun dealer within its borders. The pervasiveness of guns in our country makes domestic violence disturbances some of the most dangerous encounters for our law enforcement personnel. Gun violence plagues everyone and we need to start to address it.”

Perry: “Everywhere I go, the top – often only – issue I hear is the grave concern of surviving Bidenflation. The four-decade high cost of living is a pain felt each and every day by hardworking people as they try to afford gas and groceries, and struggle to make ends meet – at best.

I’ve fought tooth and nail to thwart the agenda of the radical Left. Every day, I work to reverse the reckless, out-of-control spending that’s stoking inflation and dangerously returning our Country to energy dependence on nations who hate America and our way of life. It never had to happen, and we must reject any candidates who would continue these destructive policies.

We won’t be able to reverse overnight the damage inflicted by the radical Left, but I’ll continue to fight tirelessly for our hardworking Citizens and job creators.”

Daniels: “In the immediate term, getting prices under control and providing support for working-class people and families. In the medium and long term, taking all necessary measures to protect and strengthen American democracy and institutions so that we can prevent future January 6ths and stop the drift toward authoritarianism.”