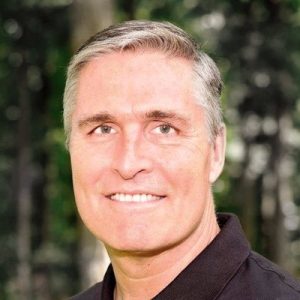 The Democratic Congressional Campaign Committee joined another race in Pennsylvania.

Last week, the DCCC’s “highly competitive” Red to Blue program added the race for the 10th District between United States Army veteran and Lutheran Minister, Democrat George Scott who is challenging incumbent Rep. Scott Perry (R-York). This was one of six races added to the DCCC’s program today.

The newly drawn 10th district went to President Trump 52 to 43 percent, while Perry’s previous district voted for Trump by 22 points.

In a statement, DCCC Chairman Ben Ray Luján credited George’s 20-year military service and role as a Lutheran pastor to being able to connect with the voters in the 10th District.

“Since I announced my candidacy last August, this has been about making sure that the people of Pennsylvania’s 10th Congressional District are truly represented in Washington,” Scott said. “They deserve a representative who works to develop a 21st century workforce, supports quality public education, and ensures everyone can access affordable and quality health care.”

“This race is about the power of the people, and the people of this District are signaling they want a change in who represents them in Congress,” he added.

This is not Scott’s only campaign connection with the DCCC. Campaign manager Jason O’Malley previously served as a senior advisor to DCCC’s Frontline and Red to Blue programs. A Lancaster McCaskey High School alum, he was also the chief financial officer of the Democratic National Convention’s host committee for 2016 in Philadelphia, and Director of Corporate and Labor Fundraising for the Presidential Inaugural Committee following President Obama’s re-election. He’s also worked in different roles in the government, and campaign offices of numerous members of Congress.

Other changes to the Scott campaign include the additions of Nate Urban as Finance Director, Kiem LeGrant as Logistics Director, Michael Dunn as Field Director, and Stephany Dugan as Communications Director.

Red to Blue has a rough record in PA. Democrats have flipped just one congressional seat in Pennsylvania since 2008: Rep. Conor Lamb in this year’s special election.

“A week after George Scott claimed he didn’t support Nancy Pelosi, she’s rushing in to support his campaign,” said NRCC Spokesman Chris Martin. “He’s attempting to deceive Pennsylvania voters and this further proves he would be a rubber stamp for her liberal agenda.”