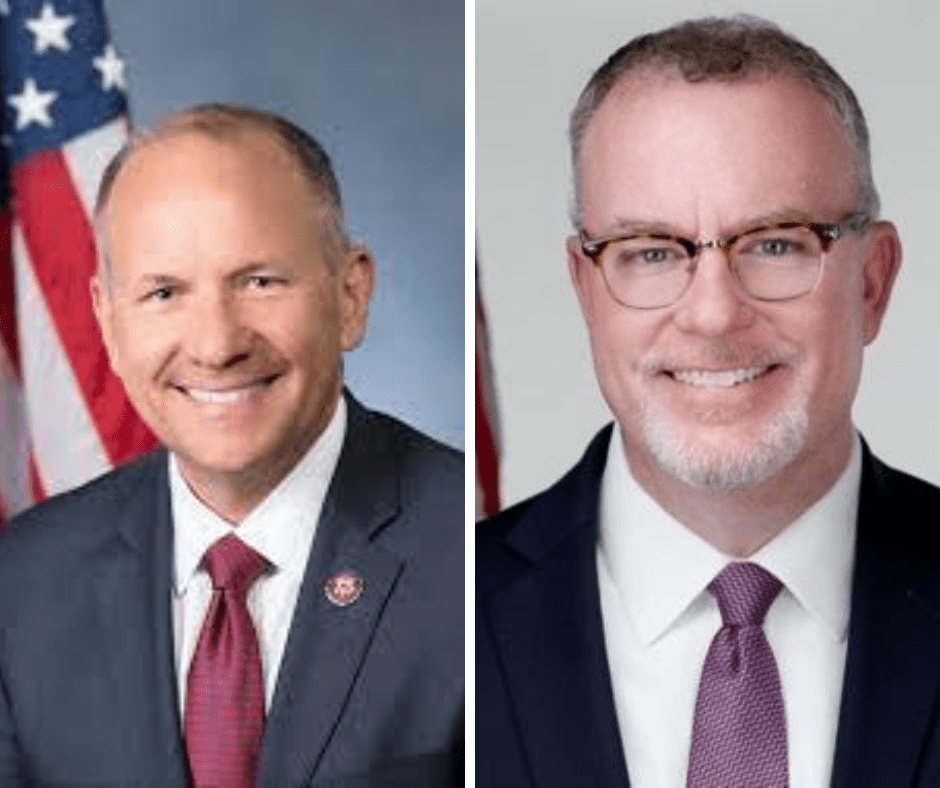 It’s not the first time that Bob Hollister has seen Lloyd Smucker trying to avoid debate.

In fact, the Democratic candidate for the U.S. House has first-hand experience with the Republican incumbent in his previous role as superintendent of the Eastern Lancaster County School District.

In 2018, Smucker was slated to hold a “Democracy Day” forum with Democratic challenger Jess King at Garden Spot High School in New Holland, Pa. The forum, hosted by LNP Media Group and the Lancaster Chamber, was designed for high school students from across Lancaster County to engage with the 11th Congressional District candidates.

After a morning session where students from 26 public, private and parochial high schools gathered to develop questions, seven students were selected to pose them on stage to the candidates.

“Three days before the debate, he wasn’t coming,” remembered Hollister. “He felt the whole setup was more Democrat than Republican. It took a lot of cajoling to get him there.”

“A debate is equal opportunity for both of us to present ourselves and present our policies and positions. Why wouldn’t you want to do that, regardless of the media service?”

Hollister spoke at the Lancaster County Democrats picnic at Long’s Park in Lancaster on Saturday. His message was clear – Smucker believes he has supporters, not constituents.

“That’s the big message,” he said. “He only addresses his supporters and not his constituents. When was the last time he was even seen meeting with anyone in the city. He ignores the city completely. The LNP case is a perfect example of how Mr. Smucker only wants to talk to his friends and his people. He doesn’t concern himself with all the members of the district. His job is to care about everyone”

“His electronic town halls … I think they’re scripted,” Hollister said. “I know people who have gotten those calls and they don’t get to ask their question. It’s disingenuous. It’s only right that people get to hear where you stand on things, right or wrong.”

The Democratic challenger did indicate that Smucker has reached out to WHTM-TV 27 in Harrisburg – outside the 11th district but within the Lancaster-Harrisburg-York market – about holding a debate. “It looks like there is going to be a debate, but is he doing anything with WGAL?”

Last week, Smucker turned down an invitation from the Lancaster Chamber and the York County Economic Alliance for debates on October 6 and 13. The reason he gave LNP | Lancaster Online’s executive editor Tom Murse – wanting to work with a news organization “with broader reach and less bias.”

Jenna Geesey, campaign manager for Smucker, said that “a televised debate has been scheduled with ABC 27 (WHTM)” in Harrisburg, due in part to the Nexstar station’s “experience in hosting debates on federal issues and has a larger audience reach than LNP.”