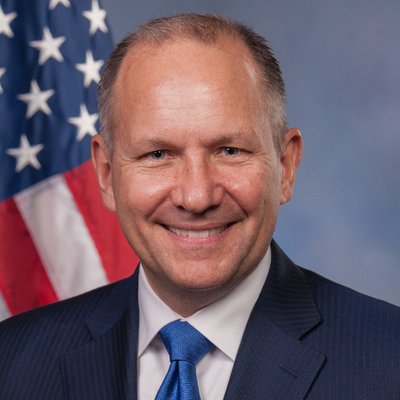 Lloyd Smucker, who represents all of Lancaster County and the southern half of York County as their 11th District congressman, has declined to participate in two debates with Democratic challenger Bob Hollister due to the involvement of LNP | Lancaster Online.

The Republican incumbent turned down the invitation from the Lancaster Chamber and the York County Economic Alliance for debates on October 6 and 13. The reason he gave LNP | Lancaster Online’s executive editor Tom Murse – wanting to work with a news organization “with broader reach and less bias.”

LNP and the York Daily Record had planned to stream the debates on Facebook and post the videos to their news websites.

Murse responded to LNP reporter Tom Lisi that “Citizens of the 11th Congressional District expect and deserve opportunities to witness, in person, the candidates who are seeking their votes advocate for, and defend, their positions on matters of great importance. I hope Congressman Smucker reconsiders.”

Jenna Geesey, campaign manager for Smucker, said that “a televised debate has been scheduled with ABC 27 (WHTM)” in Harrisburg, due in part to the Nexstar station’s “experience in hosting debates on federal issues and has a larger audience reach than LNP.

WHTM hosted primary debates for both the Democratic and Republican senate primaries in April, as well as the GOP gubernatorial debate.

Smucker, who rarely participates in public get-togethers or rallies, prefers to communicate with his constituents via telephone town halls. He did debate Democratic challenger Jess King in 2018 at an event hosted by LNP Media Group, the Lancaster Chamber and the Robert S. and Sue Walker Center for Civic Responsibility and Leadership at Millersville University. Smucker and King also held a forum at Eastern Lancaster School District where his 2022 challenger was serving as superintendent.

Last month, Smucker endorsed the gubernatorial candidacy of Republican Doug Mastriano, who is also known for not taking time with traditional media outlets due to a perceived “media bias.”

Leaders at the York Daily Record and York County Economic Alliance did not return requests for comment. The Lancaster Chamber’s president and CEO, Heather Valudes, declined to comment.

According to Lisi, WHTM’s news director – Leisha Beard – could make an announcement about a date and time for a debate as early as Friday. She said neither campaign accused the news station of bias.