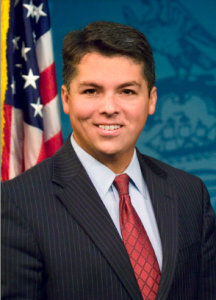 Congressman Brendan Boyle wants to get to the bottom of claims that Russia is blackmailing President-Elect Donald Trump.

“If true, the intelligence report outlining allegations of Russia’s possession of compromising personal and financial information about President-elect Donald Trump is beyond unsettling and sheds great light on Mr. Trump’s oddly sympathetic approach to Russia and its meddling in our election, as determined by our intelligence community,” Rep. Boyle stated. “If substantiated or verified, I will call for a formal, bipartisan congressional investigation into these scandalous and disturbing allegations.”

As reported by CNN, a two-page addendum on the matter was included in the latest briefing for President Obama, President-Elect Trump and Congressional leaders. The thirty-five page dossier, compiled by a former member of British Intelligence, was then released by Buzzfeed.

While the information has not been verified, it has been deemed credible.

While I know there are some salacious details in the Intel report, it's important people focus on the explosive charge re: Trump lawyer 1/2

If Intel report is true, it would be the most treacherous and criminal act in US political history. Congress must investigate immediately.

This is NOT about R or D! I mean does anyone think this would ever be an issue with John McCain? Or Romney? Or both Bushes? Of course not.