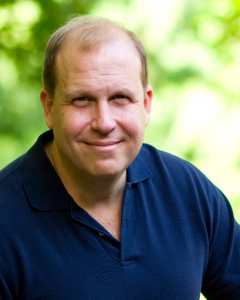 State Senator Daylin Leach came out in front of the widest congressional primary pack in the state.

Two Republicans are also battling to represent one of the most D-leaning districts in the state, Dee Adcock and Bev Bowser. Adcock raised $63,600 after a $50,000 loan from himself. Bowser raised $15,780.

There were drastic changes in the leaderboard of the Democratic contenders in terms of fundraising, but one thing remains the same – Margolies’ negative burn rate.

The major fundraiser with Bill Clinton was held during the 2nd Quarter, but will be drastically needed to boost her cash on hand number, which sits at a dangerously low $159,789, not all of which can even be used in the primary after double max-out contributions.

This quarter did see some other high-profile contributors, including Bill Richardson $1,000, Governor Ed Rendell $500, Ezekiel Emanuel $500.

Leach is the big winner in this quarter. He outraised his competitors by a fundraising-mile and held onto a lot of it to bring his cash on hand number much closer to Arkoosh’s.

The first-time candidate impressed again this quarter, bringing in $220,474.

She spent reasonably ($176,875), maintaining her lead in cash on hand at $687,530. About 80% of that is money that can be used for the primary, so she and Leach are neck and neck moving into the last month of the campaign.

One of the biggest surprises in the Q1 reports for this race was Boyle’s total raised. He brought in just $114,246, which would be an impressive amount were he not competing in a four-way primary for a safely Democratic seat.

This is even a decrease from Q4, where he raised $140,000. The last quarter of the year is typically slow, given that several major holidays fall in the period, making fundraisers more difficult to schedule.

This Republican has been a good sport in the race, attending debates where the audience was clearly biased against him but his fundraising does not indicate a candidacy that is able to overthrow such a heavily Democratic seat.

Adcock’s opponent for the uphill battle to the general election posted smaller numbers and has run an even lower-profile campaign.