Building A Better PA is running a pro-Brendan Boyle ad in the Democratic primary race for PA-13.

“Brendan Boyle’s millionaire opponents are attacking. But the truth? Brendan Boyle stood up against Governor Corbett to protect a woman’s right to choose and he will defend Planned Parenthood,” a female voice reads. “A janitor’s son, the first in his family to go to college, Boyle will fight for the middle class and make sure the wealthy pay what they owe. More than half of Congress are millionaires, another millionaire in Congress won’t change anything – Brendan Boyle will.” 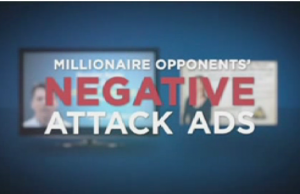 The short spot is running on broadcast in Philadelphia.

The ad is likely a counter to fellow PA-13 Democratic competitor Daylin Leach’s ad that hits Boyle hard for his voting history on reproductive health.

“Somebody doesn’t believe in a woman’s right to choose: Brendan Boyle,” the ad states.

The women in the spot back up this claim by citing Boyle’s sponsorship of HB 1314 and his vote for SB 372. They also cite an April 2nd article from Keystone Politics last month that reported that the organization “Democrats for Life of America” listed Boyle as a “Pro-life All-Star” in 2004.

“We need someone who’s for women’s rights: Daylin Leach,” the women state. “He knows women can make their own decisions, not politicians.”