PA-16: Do Democrats Have A Chance? 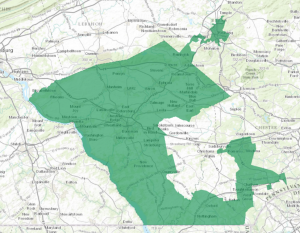 Congressman Joe Pitts surprised the political world today when he announced he won’t be running for re-election next year.

Pitts has represented the 16th district since 1997, so the question now becomes, with Pitts gone do the Democrats have a chance at the seat?

In fact, Kyle Kondik of Sabato’s Crystal Ball announced that he was already moving the seat from “Safe R” to “Likely R”.

Christopher Nicholas, Political Director of the PA Business Council, also believes it could be a competitive race.

“PA-16 is almost as likely to switch parties next year as PA-8 as the trends in the 16th are moving in the Democrats’ direction,” he told PoliticsPA.

Nevertheless, Republicans don’t seem too worried. The district is still R+4 while PA-8 is only R+1.

Democrats will have the advantage that it is a presidential election and they already have a candidate in Christina Hartman who is winning over party support. Additionally, if Hillary Clinton is the Democratic presidential nominee it wouldn’t hurt to have another female candidate on the ticket.

Nevertheless, Hartman’s fundraising (at least for now) is not very impressive and Republicans privately believe Lancaster County Commissioner Scott Martin will get into the race and be a strong GOP nominee.