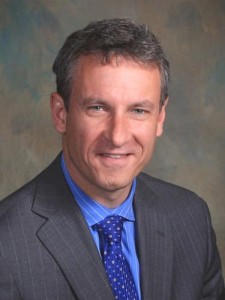 Congressman Matt Cartwright is the latest ally to support the Obama Administration’s deal with Iran.

Earlier this week, Senator Bob Casey announced his support of the deal with a 17-page explanation and an extensive interview with Vox.

Since then, enough Senators have backed the deal to prevent Congress from overriding a veto although the President would like to accumulate the requisite 41 Senators to filibuster any disapproving measure.

Rep. Cartwright’s statement was not as long as Senator Casey’s but still lengthier than the typical press release. While Cartwright is a reliable Democrat in a safe seat, that hasn’t been a guarantee of support as Rep. Brendan Boyle proved.

Congressman Cartwright’s statement is included in full below:

“Of all of our nation’s goals in the Middle East, I believe preventing Iran from obtaining a nuclear weapon is paramount. Failure to secure this objective would result in a regional arms race with horrendous implications and would certainly imperil our dearest ally, Israel.”

“Today I am announcing my support for the Joint Comprehensive Plan of Action (JCPOA) because the agreement gives us better access to Iranian nuclear facilities than ever before, which will allow for better intelligence to detect any attempts by Iran to cheat on the deal and will provide immensely valuable information should hostilities arise with Iran. Under this agreement, we are able to closely monitor Iran’s significantly reduced stockpiles of enriched materials and centrifuges and regulate the import of any materials or machinery related to nuclear activities. It is obvious that our partners in these negotiations, including the United Kingdom, France and Germany, are ready to move forward with this agreement, and Russia and China appear likely to lift sanctions soon, so rejecting this deal unilaterally would provide little chance of bringing Iran back to the negotiating table for a better deal and would cause immense harm to our international influence and credibility.”

“I have not reached this conclusion lightly, as the agreement is obviously imperfect on several levels. Close and respected friends of mine adamantly oppose the JCPOA, and have correctly pointed out that it leaves gaping holes in its treatment of the full spectrum of egregious Iranian conduct. However, I have studied this matter closely, attending many classified security briefings, reviewing much classified documentation, and giving ample opportunity for all of the stakeholders to be heard.”

“On the narrow issue of preventing Iran from developing a nuclear weapon, I find the JCPOA to be so comprehensive as to be unprecedented in its scope.”

“Accordingly, when and if the U.S. House of Representatives brings up a bill to disapprove the JCPOA, I will vote no, and if the House is asked to override a veto of such a bill, I will vote against that as well.”