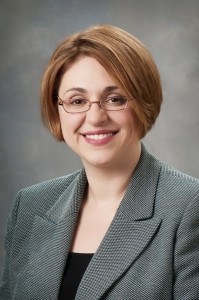 NOW is a women’s advocacy group that is “dedicated to addressing issues surrounding women and marginalized people” on a national level, the group said via press release.

“Kerith Strano Taylor’s dedication, perseverance, and a commitment to amplifying the voices of the powerless is just what is needed in Congress,” said Terry O’Neill, Chair of the National Organization for Women’s Political Action Committee. “NOW PAC fully supports her candidacy and looks forward to her contributions to gender equality and economic justice.”

“I am humbled to receive the endorsement of NOW, an organization that has been critical in advancing human rights in the United States,” said Strano Taylor. “I look forward to jointly advocating against the marginalization of women in our society.”

NOW cited PA-5 incumbent Glenn “GT” Thompson’s (R-Center) voting record as further motivation to support Strano Taylor. Thompson voted against the Lilly Ledbetter Fair Pay Act and he also recently voted against raising the minimum wage in the state — an initiative that NOW says would help many mothers and single parents in need.

By comparison, Strano Taylor has cited economic justice as an essential element in helping women and families who are struggling in Pennsylvania to get ahead.

“With over 14,000 children in foster care in the Commonwealth of Pennsylvania and 48% of our school age children in Jefferson County qualifying for the free or reduced lunch program, it is clear that our most vulnerable populations are struggling in this economy. Women in Jefferson and Indiana counties earn, on average, $0.54 compared to every dollar earned by Men. Many of these women are supporting their households. Equal pay for equal work, raising the minimum wage, and reinvesting in public education, are ways we can begin to rebuild the American dream; one family at a time,” Strano Taylor said.

If Taylor were to defeat her Democratic challenger, army veteran Thomas Tarantella, in the primary, she will still have to face a popular incumbent in the general.

Thompson has held the PA-5 seat since 2009 and won his re-election bid in 2012 with nearly 63% of the popular vote. The district itself leans to the right — sporting a R+8 partisan voting index according to Cook Political Report — and Strano Taylor has not amassed a lot of fiscal support through fundraising, which will make it to difficult for her mount a competitive campaign against Thompson.