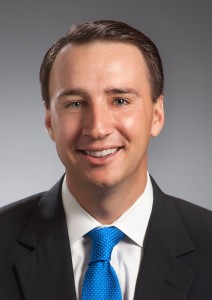 Although Republican Ryan Costello does not have a primary to worry about next Tuesday, he is still finding his way into the headlines.

The Chairman of the Chester County Board of Commissioners and the lone Republican candidate running in Pennsylvania’s 6th congressional district received the status of “Young Gun” by the National Republican Congressional Committee.

Costello and nine other Republican congressional candidates have received this honor through impressive campaigning, the achievement of certain benchmark goals, and adherence to conservative values.

“Candidates that reach ‘Young Gun’ status have met a series of rigorous goals that will put them in a position to win on Election Day,” said NRCC Chairman Greg Walden. “Our job as a committee is to help elect Republicans to office that will serve as a check and balance on the Obama Administration. These 10 candidates have outlined conservative principles that will grow jobs, stop the harmful effects of ObamaCare, and get Washington’s spending under control. I am confident that these candidates will continue to advocate for hardworking families in their respective districts through the November Elections.”

Costello is looking to succeed popular Republican incumbent Rep. Jim Gerlach (R-Chester) who is stepping down from the seat after this year.

The Republican Party of Pennsylvania praised Costello for garnering the “Young Gun” status.

“Congratulations to Ryan Costello on his recognition as a rising star in our Party,” said PAGOP Chairman Rob Gleason. “Ryan Costello is ready to stand up against the high tax, job-killing agenda of President Obama and the Democrats in Congress. Ryan Costello will fight for the principles of limited government and fiscal responsibility in our government, and I look forward to helping him share that message with the people of the 6th District in the coming months.”

Those who also made it through the Committee’s three-level recruitment program and were given the title of “Young Gun” were Martha McSally of Arizona, Carlos Curbelo of Florida, Bob Dold and Mike Bost of Illinois, Richard Tisei of Massachusetts, Torrey Westrom and Stewart Mills of Minnesota, Barbara Comstock of Virginia, and Evan Jenkins of West Virginia.

Costello is set to face off against Democrat Manan Trivedi in the November general election. Trivedi is also running unopposed.