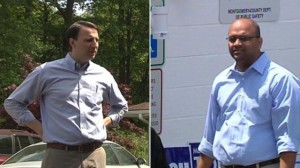 According to the most recent campaign finance reports, Democratic candidate for Congress, Manan Trivedi trails Republican challenger, Ryan Costello, in amount of money raised and total cash on hand (COH).

Trivedi brought in a total of $353,325 in net contributions in the third quarter. Of that total, $264,483 came from individual donors while $95,891 was received from Political Action Committees (PACs). Trivedi has raised more than last quarter, but collected less in individual contributions.

Meanwhile, Ryan Costello raised $510,866 in the third quarter. PACs donated over half of that total, $279,136, while individuals contributed an additional $236,636. The GOP nominee raised $110,866 less this quarter as PAC and individual contributions both decreased.

Trivedi’s spending reached a total of $410,517, which was markedly higher than the $59,293 that was spent in the last quarter. Much of that cash went to salaries and consulting work. For instance, $28,110 went to Lake Research Partners and $16,000 to MGB Development for consulting. They also spent $12,000 on direct mail from the Mammen Group, Inc.