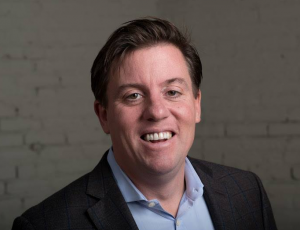 It was a busy day for Bill Golderer’s Congressional campaign.

First, they revealed that Lachlan McIntosh will be leading the team as Campaign Manager.

McIntosh is a veteran Democratic consultant who last managed North Carolina Congressman Mike McIntyre’s re-election in 2012. won the American Association of Political Consultants award for Local Campaign Manager of the Year, and in 2011, Politico named him as one of the “50 Politicos to Watch.”

Additionally, the Golderer team announced that House Minority Whip Steny Hoyer will be headlining a fundraising event for the candidate later this month.

This is another signal that the party’s leadership is behind the Philly pastor. The DCCC initially encouraged him to run and publicly praised him last month.

“This is an exciting time for our campaign,” said Bill Golderer. “Everyday, more and more people are joining our movement because they share our belief that Congress is broken and that we need commonsense leaders to fix it. I’m not a professional politician, but I know how to bring people together to get things done. That’s the kind of approach I’ll take to get Congress working for the people again.”