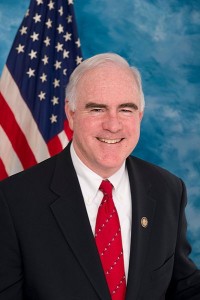 Bill Golderer’s first six weeks as a candidate for Congress have been quite a success, as the pastor brought in over $255K, just $60K less than incumbent GOP Rep. Pat Meehan raised over the last three months of 2015.

Golderer is in a primary race against 2014 Democratic nominee Mary Ellen Balchunis, whose campaign stuttered in the fourth quarter, bringing in just $11,108.

Balchunis’s campaign spent $7,384.90 during the fourth quarter, leaving the LaSalle University professor with just over $10K to bring into 2016.

Golderer’s thrifty spending in his first weeks has left him with a healthy $234,418 in cash on hand to spend before the April 26th primary.

Golderer is running as a bit of an underdog in our latest PoliticsPA Readers’ Poll, but Balchunis is struggling for contributions, picking up just three over $1,000. In fact, Balchunis was her own biggest contributor over the fourth quarter, kicking in $2,496.

Two-thirds of Meehan’s largest donations came from PA residents, though his biggest contributors were from New York and North Carolina: ClearPath Foundation founder Jay Faison and his wife, Olga ($10,800) and multi-billionaire Blackstone Group CEO Stephen Schwarzman and his wife, Christine ($10,800).

The three-term Congressman pulled in more than $300K from PACs and businesses and found especially strong support from the insurance industry – three of his top five donors: 1. Association for Advanced Life Underwriting ($9,500); 2. National Association of Insurance and Financial Advisors ($8,500); and 5. New York Life Insurance ($7,500).

Meehan blew his competition out of the water in terms of campaign spending. He spent almost $200K, with $29,452 going to Red Maverick Media for consulting, $28,484 to The Theodore Company and $10,500 to Merves Amon & Barsz LLC for FEC compliance.

The Congressman’s campaign also dished out $24,725 to various GOP committees and candidates between Oct. 1 and Dec. 31.