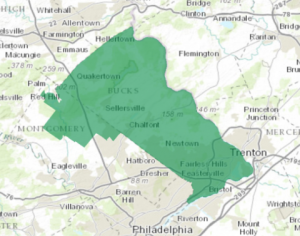 Pennsylvania’s most competitive congressional campaign could be in for quite the twist.

Nathan Gonzalez of Roll Call reported yesterday that another member of the Fitzpatrick family may seek the seat being vacated by retiring Rep. Mike Fitzpatrick.

“The local GOP organization has coalesced behind state Rep. Scott Petri, but Fitzpatrick’s younger brother is serious enough about running to move back to Pennsylvania after working for the FBI in California,” he writes.

The rumors revolving around Brian Fitzpatrick have been slowly picking up steam for a few weeks now. Nevertheless, it remains difficult to get anyone to openly talk about them.

PoliticsPA reached out to Congressman Fitzpatrick’s office but never heard back, while the NRCC pled ignorance.

From what we’ve been able to learn, however, talk has been spreading since at least PA Society and the younger Fitzpatrick apparently left the Bureau to give politics a shot.

This would represent a huge wildcard in this contest, as Fitzpatrick would instantly be the biggest name in the race, yet at the same time he’s completely untested in the political arena.

This news must be most distressing to State Rep. Scott Petri, whose campaign had been gathering momentum. Andrew Warren and Dean Malik are also seeking the GOP nomination.

In the Democratic primary, State Rep. Steve Santarsiero is running against Shaughnessy Naughton.