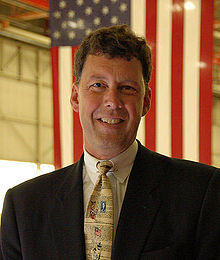 State Representative and Congressional candidate Scott Petri is receiving some help from the national GOP.

The National Republican Congressional Committee (NRCC) announced today that Petri has been put “On the Radar” for their Young Guns program.

“The Young Guns program supports and mentors challenger and open-seat candidates in races across the country,” NRCC Regional Press Secretary Chris Pack states. “Officially an NRCC effort for the past three election cycles, the program requires its candidates to work towards specific goals and meet benchmarks throughout the year to ensure their campaigns remain competitive, well-funded and communicative within their districts. “On the Radar” is the first of three levels in the Young Guns program. In the 2014 election cycle, the program helped to elect 45 new Republican Members to the 114th Congress.”

Petri has two Republican competitors in next year’s PA-8 primary, Andrew Warren and Dean Malik. This is the first signal that the party’s establishment is rallying around him as the choice to replace retiring incumbent GOP Rep. Mike Fitzpatrick.