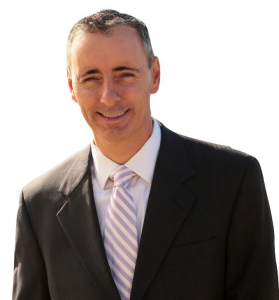 Much has changed in the race for the GOP nomination in PA-8 since 2016 dawned.

What once looked like State Rep. Scott Petri’s race to lose has now become dominated by Brian Fitzpatrick, younger brother of the incumbent Congressman.

Since Petri dropped out, Fitzpatrick has become the undisputed front-runner. In fact, one of his opponent’s has yet to file an FEC report while the other has so few contributors you can count them on two hands.

As a result, we’ll just be looking at Fitzpatrick’s Q1 report, which runs from January 1st to April 6th. Click here if you’d like to read our piece on the Democratic primary between Shaughnessy Naughton and Steve Santarsiero.

Just a few notes before we dive into the report. The campaign had to refund $200 worth of contributions. They also have $18,839.84 in outstanding debts to Samsar Consulting, LN Consulting and the Washington Crossing Inn.

The biggest contributors were Kevin McCarthy’s Majority Committee PAC, CULAC, the American Society of Anesthesiologists PAC and NECAPAC who each gave $5,000. Meanwhile, the Financial Businesspersons Association PAC and WAKEPAC also contributed $3,000 in addition to the $2,700 thrown in by Congressman Thompson’s Greater Tomorrow PAC.

Most of the money spent by campaigns usually goes to staff and routine bills for office supplies. We like to take a look, however, at the where the rest of the cash goes.

As for printing, $2,019 and $1,665 went to Page Printing and Associated Printing & Graphics respectively.

Finally, $1,500 went towards website development from NetStride and $795 to Video Gold Productions.