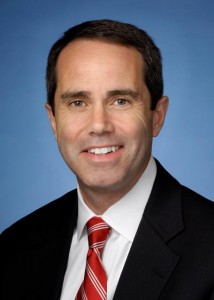 The Bucks County Democratic Committee is months away from their nominating convention, but State Rep. and PA-8 candidate Steve Santarsiero is convinced he already has their endorsement locked up.

A BCDC endorsement requires the support of 60% of all attending committee people. The Santarsiero team says they have obtained commitments from sixty percent of the total membership.

“I started my political involvement as a Democratic committeeperson here in Bucks County,” Santarsiero said. “So it means a lot to me to have so many hard working Democrats supporting our campaign. They are the backbone of our party and I’m looking forward to working together to win in 2016.”

“Steve has been a leader in Bucks County and the region for over 20 years,” added campaign manager Gabrielle Quintana Greenfield. “He is the only candidate in this race with a record of winning in tough, swing districts, and with the support of Bucks County Democrats, Steve will turn this seat from Red to Blue.”

The party did not endorse a candidate in 2014 when Kevin Strouse ran against Santarsiero’s current opponent Shaughnessy Naughton.

The 8th district consists of all of Bucks County as well as parts of upper Montco.