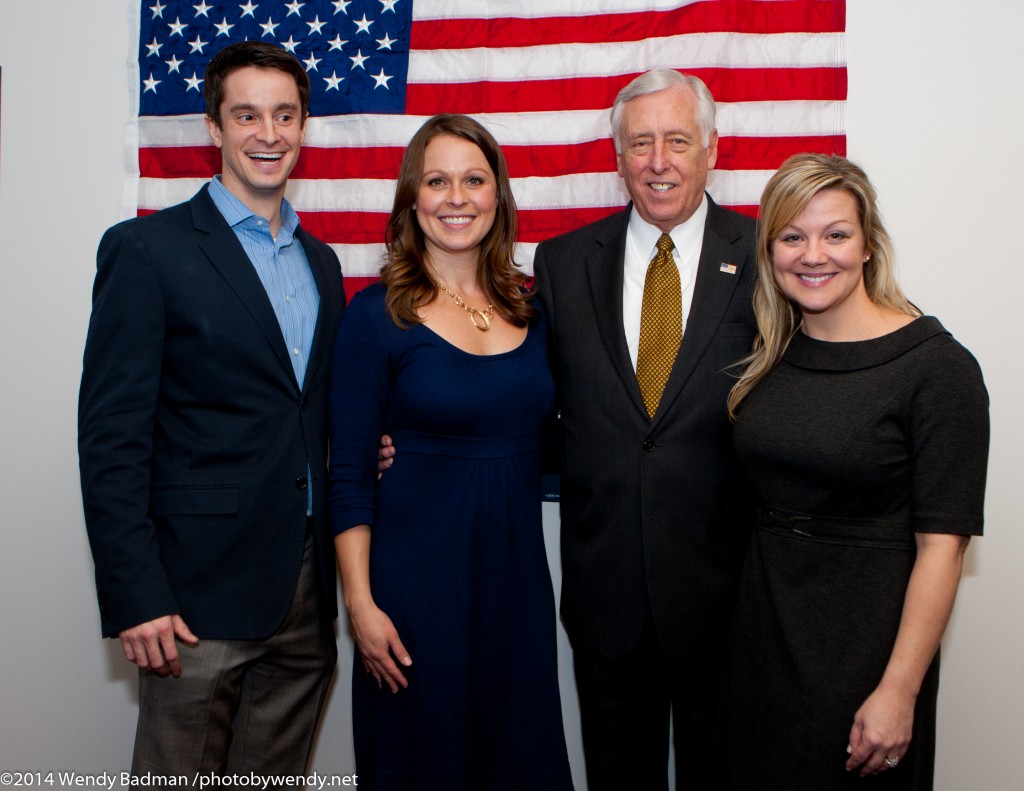 Democratic congressional candidate Kevin Strouse held a campaign rally on Saturday to showcase his support among national and local Democrats.

The event was highlighted by Rep. Steny Hoyer, who is the House Minority Whip, the number two position among the Democratic House leadership. While this is the first public show of support Strouse received from Hoyer, the Maryland Democrat had previously given the Strouse campaign $5,000 last year through his Political Action Committee.

Local politicos also joined the party, held at the campaign’s headquarters on Mill Street in Bristol. Bucks County Commissioner Diane Marseglia, who endorsed Strouse back in November, also made an appearance.

“Kevin Strouse is a father, husband and dedicated public servant. Kevin will bring leadership that focuses on problem-solving, not the broken politics of Washington–leadership that the voters of the 8th District deserve,” the county’s top elected Democrat said.

The party was kicked-off, however, by an endorsement from Jenni Murphy, wife of former Rep. Patrick Murphy.

“I endorse Kevin Strouse because he is the only candidate in this race who has what it takes to defeat Congressman Fitzpatrick and get to work fighting for the people of the 8th District, like my husband did when he was in Congress,” Murphy stated. “The question is, who can defeat him? The only candidate in this race who can win is Kevin Strouse, and I am proud to support him.”

The presence of Jenni Murphy is yet another sign that Strouse has the unofficial support of former Rep. Patrick Murphy. The two men have several similarities, both are veterans of the Iraq and Afghanistan wars and sought out to challenge Mike Fitzpatrick as political rookies. In fact the location of the event, Strouse’s campaign office, used to be Murphy’s local congressional office during his tenure. While Murphy has praised Strouse since his announcement, he can not officially endorse him as he is an employee of MSNBC, where he was recently given a series of TV specials.

A link to a video slideshow of the occasion by a volunteer is included below: