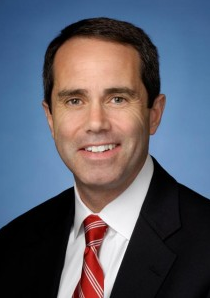 Steve Santarsiero has the chance to win in one of the most competitive Congressional seats in the country.

We met at a tavern in Santarsiero’s State House district to discuss this year’s race. Towards the end, he mentioned it was in this very room that he held his 2008 election night celebration that sparked his political career. The campaign hasn’t decided where they’re spending election night 2016 but it would quite the culmination if he’s lucky enough to celebrate there again.

Why do you want to run for Congress?

The simplest yet most difficult question is always, “Why do you want to run?”

“Now more than ever we need a voice in Congress that will advocate for the issues that really matter,” Santarsiero responded, specifically citing environmental protection, education, infrastructure investment.

“One [voice] that’s going to stand up and hold everyone accountable,” he continued. “Not just the other side of the aisle but the leadership as well. I can tell you, having served in a legislature, legislatures are leadership-driven. It’s the responsibility of rank-and-file members to speak out to leadership.”

He touched on the frustration people have with government but asserted that it isn’t an excuse to give up on the political process.

“We just can’t throw up our hands and say ‘There’s dysfunction, so why do we even want to bother?’ No, it still matters that we have a functional United States Congress.”

We moved on to Harrisburg, which is in the midst of its own kind of dysfunction at the moment. I asked how one overcomes that.

“I believe our country is very polarized right now, that’s true across the board,” he admitted.

For the State Representative, the answer was reaching out to as many of your new colleagues as possible. This would allow you the chance to convince them to support at least some or parts of your initiatives.

Naughton and the Public Option

Despite the fact that there’s only two months until primary election day not many punches have been thrown in the Democratic primary. That changed this week, however, when the Santarsiero team criticized Naughton for commenting that the public option as not having “a realistic path”.

“I think one of the great failings of the Affordable Care Act is that the final legislation didn’t include a public option,” Santarsiero stated. “I think the public option would’ve been much more effective in keeping the costs down. I just think it’s a fundamental part of health care reform that I think most Democrats support for that reason. I was surprised when I read it, to be honest, but if that’s her position, that’s her position. It’s just I don’t think it’s the right decision.”

The biggest development in the PA-8 race so far is the shake-up on the GOP side. At first it appeared State Rep. Scott Petri was the favorite to claim the Republican nomination. When incumbent Mike Fitzpatrick’s brother Brian jumped into the race, though, he took away Petri’s support and forced the lawmaker to drop out.

I asked Santarsiero about this drastic change and what he thought it meant.

“It’s a commentary on the Republican Party I guess that that kind of shift happened over night.”

He praised his colleague Scott Petri, mentioning how they occasionally worked together in Harrisburg.

“You would think that the Republican Party would want someone with experience and who’s served in the district for some time. This idea of bringing in a guy from out of the district, who hasn’t been here in a long time, to run is in some ways too cute by half.”

That “guy from out of the district” was born in the district but has spent the past few years in California working with the FBI. This presents the dilemma of running against someone with a popular name but no record to attack. As a result, I queried the State Rep. on what would give him the advantage in a contest with Fitzpatrick.

“I think more than ever we need somebody on our side who has a base of support, who has a record of winning tough elections and I’m that guy.”

“The other thing is Brian’s not his brother,” Santarsiero stated. “In fairness to Brian, that means I’m sure he wants to stand on his own and that’s fine and we’ll have that discussion about what his positions are and the extent they differ from his brother.”

How do you make a mark?

How can one Congressman stand out among 435 members is a question I’ve asked every candidate I’ve interviewed. Santarsiero talked about his similar experience entering the PA State House and considers preparation and focus crucial.

One of the key issues he wants to tackle is environmental protection and renewable energy. “The issue of climate change, when the history of this era is written, will be the defining issue,” he explains.

So what does he mean when he talks about renewable energy?

“When we talk about renewables, we talk about energy sources that actually renew, like solar and wind,” he states. “Natural gas, while yes it burns cleaner than coal, it’s not a renewable resource. You take it out of the ground and at some point it’s gone. So I really think that what we ought to be focusing on are true renewables, the development of green energy jobs across the United States. “There’s no reason that we can’t actually, while at the same time doing the right thing for the environment and climate change, also create jobs especially in areas that are economically depressed.”

I brought up the passionate opposition to fracking that I’ve seen among progressives throughout the commonwealth. He sympathized with them, mentioning the dangers of fracking. He also asserted that he wants to incentivize the energy industry to build renewable jobs in the coal regions that would be hit by the technological revolution.

During our discussion of this topic, Santarsiero unpromptedly moved to guns.

“I’m going to continue to fight on gun safety,” the State Rep. said. “I’ve been a leader on that in the State House. When I first took that up, a lot of people said that’s the third rail of American politics, don’t do that you’re gonna really get yourself in trouble.”

He went on to mention the impact meeting the mothers of Sandy Hook had on him.

“I respect people’s rights to own firearms, that’s not the issue. The issue is whether we can take reasonable steps in order to help make everybody in our country safer. I think background checks are a no-brainer.”

Supreme Court, the Constitution and More

While he passed on my question about what committee assignments he’d be interested in, he did cite former PA-8 Congressman Patrick Murphy as a role model. Santarsiero also stated that he is supporting Hillary Clinton in the Democratic presidential primary because he believes she has the experience and ability to be ready for the job on day one.

Since this interview took place the day after a raucous Republican primary debate, I offered the lawmaker a chance to give his thoughts on that race.

“It disturbs me a great deal that some of the discourse that has occurred in the Republican campaign has happened at all,” he stated, calling Donald Trump’s proposal for a ban on Muslim immigrants a “disgrace”.

“It seems to me the Republican Party needs a course correction.”

As with John Fetterman earlier this month, I asked Santarsiero why trade is supported by the leaders of the Democratic Party but not candidates like himself.

“I’m not gonna speak for the President because I disagree with him when it comes to both fast-track and the TPP. I actually think most Democrats are opposed to unfair trade deals and I think TPP falls into that category.”

Since he’s a former history and AP Government high school teacher, I also inquired about his favorite Supreme Court Justices.

It was around this time that the high school teacher in him took over and we had an intriguing conversation about the Constitution and structure of the American government.

“This idea of strict constructionism. That there’s this document that was written over 200 years ago and is to be construed only by what it said then and can’t be interpreted in any way is 1. Not supported by the historical fact of what the Framers intended 2. Inconsistent with the whole notion of being able to amend it 3. Particularly crazy when you consider that the country that existed at that time was a largely agrarian republic of about 4 million people.”

He went on to state that it would be foolish “to think that we should be stuck in an 18th century viewpoint and that there would not be the ability of our guiding document to expand over time and fit the needs of the country.”

At this moment, I took the opportunity to circle back to his earlier comments on guns and the little-known fact that the individual right to a firearm was not granted until the 2008 case D.C. v. Heller (the majority opinion was written by the recently departed Justice Antonin Scalia).

How did what he just say about the Constitution square with his assurances about the Second Amendment.

“Every right in the Bill of Rights has limits,” he explained. “Those limits revolve around the idea that your exercise of your right is fine until you get to the point where you potentially harm someone else.”

He went on to talk about how the NRA is resistant to any background checks because they view them as a slippery slope (he also showed great knowledge of early American history by noting that there was no rhyme or reason to how the first ten amendments were numbered).

“There’s a lot of rhetoric that gets passed on and gets treated as gospel and it’s not really the case.”

Additionally, he told the story of getting shouting down by NRA members at a rally in support of his background check bill. When he went to leave, one man pulled up in front of him and shouted “Why you trying to take my guns away?”. Santarsiero handed the man a copy of the legislation and after reading the NRA member concluded, “Well, that makes sense.”

Finally, I closed with one of my favorite questions, how exhausting is it to raise money for congressional campaigns?

He responded by mentioning that overturning Citizens United was one of three proposed constitutional amendments he hoped to see succeed. The others concerned redistricting reform and extending the term of a member of the House to four years to lessen the permanent campaign mentality.

Despite the incredible odds such measures would face, he was hopeful that over time they could be adopted.

“If I didn’t think there was any hope that we can have an impact and make a difference, I wouldn’t be running for Congress,” he concluded.