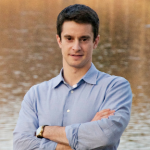 This report covers all of April and will be the last extended look at the campaign’s finances until the May 20th primary.

In the contest for the Democratic nomination in Pennsylvania’s Eighth Congressional District, ex-Army Ranger Kevin Strouse jumped back into the fundraising lead bringing in $44,278. About $6,000 of that total came from Political Action Committees (PACs) including $5,000 from the Plumbers Local 690 PAC and $1,000 from the IBEW PAC.

Like all campaigns at this late stage of the game, Strouse also spent a significant amount of cash, totaling $192,047 in expenditures. A large chunk of that, $164,195 to be exact, went to GMMB Inc. for Strouse’s television ad buy. Besides that their only major expenses were $2,200 to the Pivot Group for printing campaign materials and $2,100 to NGP Van, an online database firm.

Meanwhile, businesswoman Shaughnessy Naughton raised $34,914 during the month of April. While this is a decent total, it does mean that Naughton has fallen behind in the money race after taking the lead during the last quarter. Surprisingly, the candidate does not appear to have received any PAC donations during this time.

The Naughton campaign also spent a significant amount of cash in the run-up to the primary. Overall their expenditures came to $84,901, including a repayment of a $5,000 loan from the candidate. Much of Naughton’s spending, $39,647, went to direct mail company The Dover Group. The campaign also used $5,000 for the consulting services of Yellow House Partner LLC and they too spent $2,100 on NGP Van. Currently, the Naughton campaign has $157,979 cash on hand.

These reports reveal a bit about the strategies of each campaign as Election Day approaches. Overall, Strouse appears to be putting his efforts into TV advertising while Naughton is focusing on direct mail. While Naughton has also produced her own video and could still try the airwaves and Strouse has issued his own pieces of mail, it’s clear each candidate has staked out their own method. The question as to which one is correct can only be answered after May 20th.

The candidates are seeking to take on Republican incumbent Congressman Mike Fitzpatrick in the fall.