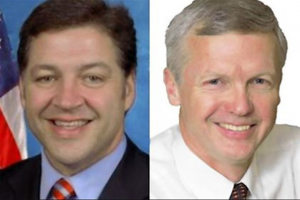 Let’s take a deep dive of the pre-primary first quarter which ran from January 1st to April 6th.

Halvorson did not take any money from PACs, nearly all of the money raised was given as a personal loan to the campaign from himself totaling $110,000.

The Congressman received $9,000 from Keystone Alliance PAC, $5000 from More Conservatives PAC as well as $5,000 from Wine & Spirits Wholesalers of America. The airline industry pitched in as well with American Airlines PAC giving $5,000 and Southwest Airlines Co. Freedom Fund contributing $3,317.

Last year, Jake Sherman and Anna Palmer of Politico broke the story that Shuster is dating and airline lobbyist.

Both of the campaigns have been spending most of their money on media buys and other campaign efforts but again Shuster is spending more than Halvorson.

Shuster paid Mentzer Media Services Inc. based out of Towson, Maryland, $356,128 for TV spots, as well as Red Maverick Media LLC in Harrisburg $64,397 for additional ads and robocalls.

Art Halvorson has spent $80,000 on television and radio spots using Universal Media, the media analytics company based out of Mechanicsburg and paid Kessler Creative in Jacksonville, Florida $12,500 for direct mailers.