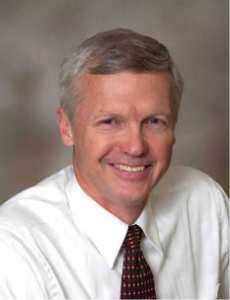 The PA-9 GOP primary has been one of the more intense and personal contests this year.

It seems the temperature just got ratcheted up.

Apparently one of Halvorson’s top campaign aides, David Haas, forged the signatures of 40 to 50 Blair County residents for the candidate’s petitions. The cases range from incorrect spelling, all the way to the entry of a man who died in 2014.

According to Patty Yauger of the Herald-Standard, the Dauphin County DA’s office is currently investigating the matter.

“Right now, I’m trying to determine whether it should be our case or the case of the Blair County district attorney,” First Assistant District Attorney Fran Chardo stated. “The affidavit swears that the signatures are accurate and obtained (in the circulator’s) presence. So, if it is a lie, it will be a criminal act.”

The candidate and campaign committee were just informed of a very serious allegation regarding the behavior of a campaign staffer who circulated a small number of nominating petitions on our behalf. The circumstances suggest wholly unprofessional and unethical conduct by this individual.

We have terminated his employment with the campaign, effective immediately, and severed all ties. We do not tolerate dishonest behavior, regardless of intent.

Fortunately the issue pertained to the validity of only 40 voter signatures out of more than 3,000 — three times the required number to obtain ballot status.

Not surprisingly, the Shuster campaign was not satisfied with the move.

“The decision by Art Halvorson’s campaign to break the law by illegally forging signatures of 50 or more people, including one deceased person and others no longer living in the state, is an extremely troubling and serious act that demonstrates a complete lack of integrity Halvorson so loudly claims to practice,” Shuster Campaign Manager Andy Post stated. “He attacks Congressman Shuster several times a day with false and slanderous information, but clearly needs to be more focused on his own campaign, which is now under investigation by law enforcement.”

“This was not simply a mistake by someone affiliated with the campaign, but a deliberate and intentional violation by Halvorson’s senior campaign consultant,” Post continued. “In their attempt to downplay breaking the law, Halvorson’s campaign put out a statement saying, ‘Fortunately, the issue pertained to the validity of only 40 voter signatures.’”

“To those voters who are now discovering they had their rights and trust violated, the ‘no big deal’ attitude from Halvorson is a page right out of the Hillary Clinton cover-up playbook,” Post concluded. “Part of running for office is accountability and with this deceitful act, the buck stops with Mr. Halvorson, who should apologize to the voters and accept accountability for his actions.”