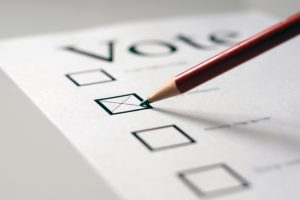 The 2020 presidential election broke records in the Keystone State.

9 million voters were registered to vote in this election, which is also a record for the state, according to the release.

“I am thrilled with the voter engagement and record turnout in this year’s election, which truly reflects the vitality of our democracy,” Boockvar said in the release. “It is also a powerful credit to Pennsylvania’s dedicated election officials and poll workers, who worked incredibly hard to run a free, fair and secure election with no significant  issues while contending with a pandemic, new mail-in ballot procedures and what is apparently the highest voter turnout in commonwealth history.”

Boockvar added in the press release that nearly 82,000 of the more than 100,000 provisional ballots cast at the polls on Election Day have been counted.

This story was updated to correct the spelling of Sec. Kathy Boockvar’s last name.