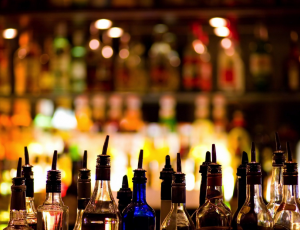 o help solve a $1 billion budget crisis, legislators devised a provision to the recent liquor privatization bill that allows casinos to purchase a 24-hour liquor license at the cost of $1 million, but casino owners aren’t buying.

“We’re not going to pay $1 million for the privilege of selling alcohol after 2 a.m. and I don’t know of any other casino that will,” Sands Casino CEO Mark Juliano told Matt Assad of the Morning Call. “Who advises these legislators? This one doesn’t make a lot of sense.”

This particular provision of the liquor bill was intended to garner $12 million, while the liquor bill as a whole is expected to bring in $149 million over the next year.

But given the lack of enthusiasm towards the 24-hour license to sell liquor, which overrides PA state law stating that no liquor can be sold at casinos between 2 a.m. and 6 a.m., the bill as a whole is starting at a $12 million deficit.

Legislators assumed that every casino would buy the license, but since no casinos have shown interest in either the license, or selling alcohol between 2 a.m. and 6 a.m., legislators plan to adjust the law when session resumes in September.

According to John O’Brien, an aide for House Appropriations Chairman William Adolph, R-Bucks, the revision to the bill include lowering the license fee by half, as well as “other revenue-generating items to offset the licensing fee loss.”

“There will be things in there that will maintain the $149 million gained from the bill,” O’Brien said. “We’re not counting on that [license fee] money.”

Juliano reports that Sands Casino has “no interest in becoming the place where people come to find liquor after every other place has closed,” and added that it’s not worth hiring extra staff to regulate the few people in the casino between those hours.

“There’s a liability concern. It’s just not what we want,” Juliano said.  “It’s not such a bad thing that we don’t serve alcohol between 2 a.m. and 6 a.m.”

Eric Schippers, spokesman for Hollywood Casino in Grantville, Dauphin County, said the casino will not be purchasing the license, even at the reduced price.

“We just don’t have the need to serve liquor 24/7,” Schippers said. “We probably wouldn’t take a license if they were free.”