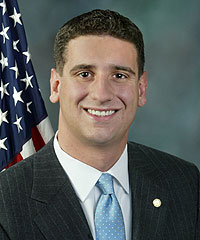 The clock is ticking.

If Wolf cannot get 102 votes for his tax increases, Republican leadership will look to pass an interim budget, House Majority Leader Dave Reed said after the meeting.

“Once we know there are 102 votes there, we will go the the floor, and we will wrap everything up by Saturday,” Reed said. “If that is the the case within 24 hours, we’re going to prepare a stopgap proposal to do just that.”

Senate Republicans failed with a stopgap budget at the end of September – thanks to a veto from the Governor – but the climate will be much different if Wolf cannot come through.

Lawmakers are rushing to get a deal done before leaving the capital for the holidays and could be inclined to bring at least a little good news home with them in the form of a stopgap measure.

Wolf’s $1 billion-plus tax package is likely to include a hike in the state sales tax, as well as increase on the $1.06/pack tax on cigarettes, Levy reports.

The deal being worked out by Wolf and GOP leaders in both chambers will give the first-year Democratic Governor a 6% spending increase ($30.8 billion total), including $350 million in additional basic education funding.

Wolf will likely need all 84 Democrats in the House to support the new taxes, but may have trouble swinging 18 rank-and-file Republicans to back the plans. He has until Thursday evening.