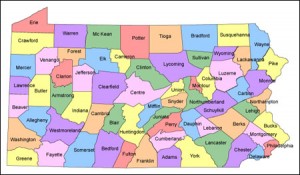 You can read Governor Wolf’s statement regarding the vetoing of the budget here.

The following is a running tally of reaction from officials throughout the state.

“Governor Wolf made the right decision in vetoing a smoke and mirrors budget that includes more one-time funding sources the likes of which we’ve been seeing for the past four years. The Republican leadership team did not confer with Democrats to craft this budget, but it certainly seems like they took a page out of former Governor Corbett’s playbook.

“This sham of a budget bill does nothing to restore the devastating education cuts Governor Corbett enacted upon taking office. It doesn’t ask the Marcellus Shale drillers to pay their fair share for having access to one of Pennsylvania’s largest natural resources. It doesn’t enact real property tax reform to help Pennsylvania’s middle class and senior citizens stay in their homes. It swings and misses on most of what the people of Pennsylvania want.

“Now that the governor has vetoed this budget, I encourage the speaker of the House and the majority leaders to come back to the negotiating table and work to find a middle ground in good faith. As elected officials, we know we cannot simply disagree and walk away from discussion. The people of Pennsylvania deserve better than what this budget offered and I’m proud we finally have a governor willing to work and give it to them.”

“Republicans wasted a lot of time in the last few days working on a dead-end budget that wasn’t balanced and would have ultimately created a $3 billion deficit. Now that the governor vetoed the budget, it’s time for all of us to get back to work on a real budget plan that constructively helps the people of Pennsylvania. With this veto, we now should resume working on a budget that lowers property taxes, funds education through a tax on drilling, and responsibly closes the deficit.”

“The governor has been more than willing to meet and work with Republicans and Democrats since he took office in January. His door has been open and he made it clear that he’s ready to continue discussions. Democrats will be there with him.”

“The Republican budget plan never added up. It was built on mystery math and one-time gimmicks that would only exacerbate the actual budget deficit.”

“Just two weeks ago, a bipartisan commission organized by Governor Corbett proposed a fair solution to the education funding crisis that has left our state open to so much national criticism. It was a proud moment of compromise for Pennsylvania and one that I know we can achieve again through budget negotiations. Now that each side has presented their ideal budgets for the record, it is time to set ideologies aside and work towards the common goal of providing every Pennsylvania child with a quality education and a full, fair funding formula.”

“Republicans in the state Senate and state House have taken clear actions that will improve the lives of families across Pennsylvania by passing a ‘Taxpayer’s Budget. Tonight, Governor Tom Wolf chose to veto that ‘Taxpayers Budget’ and side with liberal special interest benefactors over Pennsylvania taxpayers. While Governor Tom Wolf was starting up a new, shadow group this month to heighten political rhetoric, Republicans in the state Senate and state House were busy reforming our public pension system, getting government out of the liquor business and passing a responsible budget that invests in our schools without raising taxes. It is unfortunate that Governor Wolf would rather create a crisis than hold a substantive discussion about Pennsylvania’s fiscal future. Governor Wolf has the power to keep the state running so it is time to pause his ongoing political campaign and sign the budget.”

“This is a realistic plan, a fiscally responsible plan that enables the Commonwealth to live within its means,” Stefano said. “What Pennsylvanians cannot afford is increased taxes, higher energy costs and skyrocketing pension costs that will drive up property taxes and take more dollars away from classrooms.”

“Lawmakers and state residents have soundly rejected the governor’s call for massive tax and spending hikes. “I am hopeful that the governor will remember what it’s like to run a business that employs people and abandon his desire to dramatically increase the size, scope and expense of state government.”

“Gov. Wolf proposed a budget that deals with the issues people care about – restoring school funding, providing property tax relief, and fixing the structural deficit. Instead of coming to the table, Republican leaders chose to protect handouts to gas drillers by advancing a budget held together with bubble gum and scotch tape. We have to do better than repeating another year of Governor Corbett’s draconian cuts.  Governor Wolf has vowed to stand up for the children, families and workers of Pennsylvania by vetoing this budget. Now the onus is on Republican leaders — come to the table and do what’s right for Pennsylvania.”