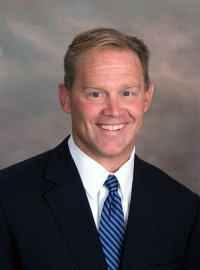 Pennsylvania has been without a budget for close to four weeks now, but its leaders are no closer to coming to an agreement.

Speaking to the PA Press Club on Monday, House Speaker Mike Turzai said he is considering bringing a vote to the floor to override Gov. Tom Wolf’s veto of the GOP-proposed budget.

“I can assure you my Democratic colleagues are not interested in Gov. Wolf’s tax package,” Turzai said. “[An override is] a direction we’d consider and it has to be an option.”

With the sticking points between Wolf and the GOP remaining ideological, it is hard to see the budget being resolved anytime soon.

“[Turzai] raised the idea in a few conversations but the votes aren’t there, nor will they be,” House Democratic spokesman Bill Patton said. “An attempt to override the veto would be fruitless and counterproductive. Other Republican leaders know that, and they have reached out to the governor and Democratic leaders for more substantive budget talks.”

The budget passed by the GOP-led legislature calls for the state to sell its liquor stores and privatize liquor and wine sales, which Wolf has also vetoed. On the other side, the Governor wants to raise state revenues by increasing the sales, income and cigarette taxes, while lowering property tax rates, leaving negotiations at a major standstill.

To override Wolf’s veto, both houses of the state legislature would have to pass the legislation again with a two-thirds vote. 33 senators and 132 representatives would have to go against the Governor to impose their budget.