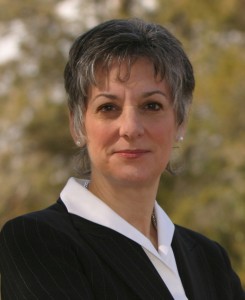 The Republican-controlled US House of Representatives voted earlier today to repeal a Medicare cost-control board called for in President Obama’s health care agenda, according to a report circulated by the Associated Press.

The vote came a only a single day ahead of the second anniversary of the health care law.

H.R. 5, the Protecting Access to Healthcare (PATH) Act, would repeal the Independent Payment Advisory Board (IPAB) created under the the President’s 2010 health care law, the Affordable Care Act (ACA).  The IPAB, a 15-member government agency,  would have the power to force cuts to service providers such as drug companies if Medicare costs rise beyond predetermined levels.  The board’s decisions would be beyond the scope of the court system, unlike other agency regulations, and carry the full force of the law.

The measure also includes medical malpractice reforms by limiting the type and amount of damages that can be awarded.

The Pa. Delegation voted along party lines on this legislation.

Here’s what some of Pa.’s lawmakers had to say about the bill:

“The President’s Affordable Care Act empowers an unelected, unaccountable advisory board to institute cost constraints on Medicare. This is not a fair deal for older Pennsylvanians or a way to strengthen Medicare for future generations. Repealing this provision keeps Congress accountable to the electorate,” said Representative Thompson. “Passage of H.R. 5 is another step in fulfilling our pledge to repeal this disastrous law and move forward with reforms that actually lower the costs of healthcare without balancing it on the backs of seniors.

“The bill’s medical liability reforms will help reduce healthcare costs and allow for physicians to treat patients, rather than playing defensive medicine,” Representative Thompson added. “H.R. 5 will ensure access to quality care while reducing liability insurance and ultimately the cost burden on insurance plans, while not undermining the American legal system or consumer protections.”

“Supporters said it wouldn’t cost a dime – yet last week, the non-partisan Congressional Budget Office stated they now expect the law to cost $1.76 trillion over 10 years – this is nearly double the $940 billion originally claimed,” Representative Thompson stated in the speech. “They said it would bring down costs – yet these new mandates have helped result in premium increases of up to 9 percent in my home state of Pennsylvania.”

“Most people don’t know that the government takeover of their health care includes the creation of a panel of 15 unelected bureaucrats who will determine whether or not a doctor who accepts Medicare gets paid to perform procedures or exams. This takes healthcare decisions away from doctors and their patients and puts them in the hands of government bureaucrats who are more concerned with the bottom line than the health of Medicare patients,” Rep. Barletta said. “I’m proud to vote to repeal this part of President Obama’s healthcare law because the doctor-patient relationship is critical to maintaining the health of our citizens, especially our senior citizens.

“What’s more troubling is that IPAB – 15 appointed, unelected bureaucrats – are not required to hold public meetings or hearings. IPAB members are also allowed to accept gifts and donations of services or property, so they can receive cash, meals, cars, vacations, houses, or other ‘gifts’ from lobbyists. And IPAB’s budget would come from the Medicare trust fund itself, with members and staffers receiving six-figure salaries for their cost-cutting work. These are not the people I want making healthcare decisions for senior citizens in the 11th District, or anywhere in the United States of America,” Rep. Barletta added.

“My opposition to IPAB reflects my firm belief that fundamental reforms to Medicare payment and delivery systems are the most appropriate means of containing costs while preserving access and quality. With the enactment of health care reform, we are making great strides towards an efficient, integrated health care system. We are moving away from a fragmented system and expanding innovative delivery models that will improve quality and reduce the rate of growth in health care spending.

“The massive federal health care law enacted two years ago gave Washington more control than ever over health care decisions that are better left to doctors and patients. We have taken a major step to protect the freedom of seniors and their families to decide the best treatment options rather than giving control to a 15-member board of non-elected Washington bureaucrats. This board would have broad new powers to make decisions about medical care yet board members would not be required to have any medical training or background. Further, the decisions of this board would have a huge impact on seniors’ access to medical treatment yet the 2,200-page healthcare law does not require the board to meet in public or hold public hearings before rendering recommendations.

“Over the course of the last two years since the President signed his Patient Protection and Affordable Care Act into law, bipartisan opposition to many portions of this legislation has steadily grown in this chamber.

I have called for a full repeal of the entire law, however, it is vital that the most damaging sections be repealed immediately.  One of the most clearly flawed aspects of the Affordable Care Act is the creation of the Independent Payment Advisory Board.

As the House puts forward ideas to protect and save Medicare, the Administration has decided it can better serve seniors by cutting Medicare by more than $575 billion to create a panel of unelected, unaccountable Washington bureaucrats tasked with cutting Medicare even further.

More than 230 of my colleagues in the House and over 380 groups representing doctors, patients and employers have joined me in my opposition to the IPAB.   I urge the Senate and President to stand with us against this overreach of government authority.”