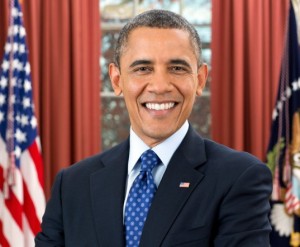 President Barack Obama is rolling out a whole initiative on gun safety.

As part of this effort, he issued new executive orders, will be participating in a live town hall on CNN and gave an emotional press conference in the East Room yesterday.

In response, a number of PA Congressmen issued statements. All of these are included in full below:

“Once again, the president finds himself unable to guide his unpopular policies through Congress – as the Constitution requires – and so he circumvents the legislature by using executive fiat to achieve his political goals. The president could have rammed these changes through when his party controlled both chambers of Congress for two years, but instead he has waited to issue these edicts in order to achieve the most division possible among Americans.

“I am a firm believer in the 2nd Amendment and I cannot support the further erosion of these guaranteed rights for law-abiding citizens. I also will never support anything that resembles a national gun registry. To rule by executive order and undermine the rights of law-abiding gun owners is contrary to our founding principles.

“We can all agree that those with histories of dangerous mental health problems should not have access to firearms, and we should all support laws that keep guns out of the hands of criminals, drug traffickers, gang members, and terrorists. The changes the president has ordered, however, would have prevented exactly none of the incidents he has cited as the basis for tightening gun laws. I only wish the president had the same enthusiasm for background checks on potential terrorists and illegal immigrants as he does for law-abiding citizens.”

“The President announced today that the federal government will strengthen background checks, improve the enforcement of federal gun laws, increase mental health services, and invest in research to make guns safer. These executive actions will save lives and make our country safer without infringing on any law-abiding individual’s right to own firearms. I want to commend President Obama for taking these steps to reduce gun violence in our nation.”

“Unfortunately, there’s only so much the President can do by himself. Other effective measures that the federal government could take to curb gun violence require Congressional approval. The President’s actions stand in stark contrast to the total inaction on this important issue in Congress, where Republicans have been stonewalling legislation like the bipartisan King-Thompson bill to strengthen background checks and close current loopholes in the National Instant Criminal Background Check System that allow criminals, domestic abusers and the dangerously mentally ill to have easy access to guns.  The President has done his part. Now, Congress should step up and finish the job.”

“Guns kill 30,000 Americans each year but background checks are required for only about two-thirds of the gun sales conducted in the United States. The National Instant Criminal Background Check System stops an average of 170 felons, 50 domestic abusers, and 20 fugitives from buying guns each day.  Unfortunately, no system is in place today to prevent these same prohibited purchasers from buying the same guns at gun shows, over the internet, or through newspaper ads with no questions asked – because background checks are not required for these kinds of sales.  I believe Congress should take commonsense steps to prevent the sale of firearms to individuals who pose a violent threat to themselves or others. That’s why I’m a cosponsor of H.R. 1217, the King-Thompson bill, which would close these dangerous loopholes.”

“In the wake of recent shootings and incidences of terrorism, Congress must explore every option available to reduce the risk of gun violence and ensure weapons are kept out of the wrong hands. I am encouraged by yesterday’s meeting between the President and House Gun Violence Prevention Task Force and applaud the productive dialogue as to how Congress can work together with the administration to introduce common sense measures aimed directly at the epidemic of gun violence.”

“Further, I support the President’s decision to take executive action on this serious issue. Throughout my public service career, I have worked both within Philadelphia and nationally to introduce reforms and innovative programs—including a successful local gun buyback program—to help keep guns off our streets. Now more than ever, I look forward to working with our President, my colleagues on the Task Force, and local law enforcement as we seek to make our country a safer place for all.”

“It is a shame and outrage that President Obama is kicking off his final year in office by so flagrantly abusing the Constitution he swore twice to uphold. Once again, this president seems to believe his ‘pen and phone’ can override the will of the legislative branch – and that of the people we represent.

“When gun control was properly introduced and debated in the Senate, it failed. Unfortunately, this is an administration that disdainfully disregards our government’s separation of powers anytime it doesn’t get its way. This time, the rights of law-abiding gun owners will be violated as a result.

“The president is not a monarch, the Constitution is not a suggestion, the Second Amendment is not up for debate, and this executive overreach must not stand.”

“Unfortunately President Obama only knows one way to address tough issues in America: divide, divide, divide. While Americans are united against violence and the senseless loss of life, the President’s plan is empty. It just adds more federal workers and shuffles around spending accounts when, in fact, the systems in place are working and his Administration should do a better job of using existing resources and enforce the laws on the books.

However, if he wants to get serious about this issue, why then, has he not offered to work with Congress on serious mental health proposals? Why then, has he ignored the well-respected FLEOA’s (Federal Law Enforcement Officers Association) advice to pass laws which address the root cause of these tragedies – mental illness? The truth is, he has had seven years to work with Congress and failed to do so. The reason for this failure is his disinterest in working within his Constitutional constraints.

We all know it is an election year and the President is in campaign mode. I, and my Congressional colleagues, are not interested in partisan distractions. Instead, we continue to advocate for solutions that preserve the Second Amendment, increase safety, address mental illness and protect our liberty.”

“Putting aside my opposition to Executive Branch lawmaking on constitutional matters, any meaningful analysis of the President’s mental health spending cannot be done until we see the full details. There is a big difference between funding “mental health programs” and enacting reforms addressing serious mental illness. More money into our disastrously failed and antiquated system will only result in more lives lost.

“My Helping Families in Mental Health Crisis Act takes on the difficult but needed reforms to deliver treatment before tragedy by providing inpatient stabilization for episodes of crisis mental illness, increasing of qualified providers, involving parents and families in the front line care team, and reorganizing the antiquated federal mental health bureaucracy. My initial questions are:

In the 1950s there were 550,000 psychiatric beds; today there are fewer than 40,000. Recent estimates state that the nation needs about 100,000 more beds to meet demand. The federal payment rule known as the Institute of Mental Disease (IMD) exclusion prohibits reimbursement for inpatient psychiatric care which has resulted in in a shortage of psychiatric beds. Without fixing this antiquated rule, we aren’t delivering needed care for patients in crisis.

“Does the President bring families into the frontline care delivery team by updating the archaic HIPAA standards and allow compassionate communication with medical professionals for their loved ones in a mental health crisis?

The President is loosening privacy regulations so that the federal government can keep certain people from getting a gun, but he’s not updating archaic privacy regulations that prevent families from helping mentally ill loved ones get care. Research is clear, family involvement improves outcomes. The current federal privacy rules under HIPAA are a blockade preventing families from knowing anything about their adult children with serious mental illness

“Does the President tackle the egregious lack of coordination and oversight on current mental health programs  and instead invest in evidence-based medical models of care?

The federal government spends billions of dollars on mental health programs that are uncoordinated, lack oversight, and simply don’t work. The Substance Abuse and Mental health Services Administration, the nation’s leading mental health agency, has failed in its role to reduce the burden of mental illness in our communities.

The Administration has yet to acknowledge the success of, or invest in, successful programs like AOT even though it boasts a solid track record of improving outcomes for the toughest to treat patients.

“Does the President invest in crisis mental health workforce with trained medical experts to focus on the most serious forms of mental illness not just behavioral workforce like peer counselors?

Mental illness is a brain illness requiring medical treatment and right now we need at a minimum 20,000 child & adolescent psychiatrists to handle the need.

Ultimately, my question is this: We know the President supports gun control, does he support the Helping Families in Mental Health Crisis Act?

“President Obama blames Congress’ “inaction” on gun legislation as his reason for once again using Executive fiat to achieve his goals. The U.S. Government already has 240 pages of gun regulations passed by Congress. President Obama’s failure to enforce existing law should be the focus of attention here.

The latest data from the Justice Department shows that during FY 2015 the government reported 6,002 new weapons convictions – down 5.8 percent from the previous FY when the number of convictions totaled 6,373. There’s no “loophole” that prevents federal law enforcement officials from prosecuting illegal gun trafficking. President Obama should be focusing his efforts on pushing the Department of Justice to aggressively investigate and prosecute gun trafficking crimes involving real criminals.

As a proud and responsible gun owner, I’ll continue to be a resolute supporter of every law-abiding American’s Second Amendment rights.”

“Once again, President Obama is subverting our Constitution’s separation of powers and is attempting to legislate from the Oval Office. Rewriting acts of Congress while undermining the Second Amendment is a bald attempt to criminalize the behavior of law-abiding citizens. Instead of blatantly disregarding the Constitution, the President must work with Congress to enact legislation to punish criminals, as well as to address the mental illness that consistently underlies horrible acts of gun violence.”

“Whether it is radical Islamic terrorists or mentally deranged individuals, one thing is clear- stricter gun control measures would not have stopped these tragedies from occurring. President Obama’s attempt to infringe on the rights of millions of law-abiding citizens is truly reprehensible, and I will fight against this overreach every step of the way. While this action by the president may please some of his liberal supporters I fear that it will ultimately make my constituents feel less safe and set a dangerous  precedent for even more anti-Second Amendment actions by the government in the future.”

“Congress has and will continue to work on legislation that, unlike the president’s gun control plans, would actually stop atrocities like we have seen over the last few years from happening. My colleague and practicing clinical psychologist Dr. Tim Murphy from Pennsylvania’s 18th Congressional District has introduced the Helping Families in Mental Health Crisis Act. This measure would significantly reform our mental health system and increase treatment options for individuals that badly need help.  I have been working with him to bring this legislation to the floor, and I strongly believe that these reforms can actually save lives.”