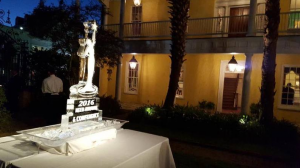 Blue State Digital won an award for “Best Use of Display Advertising” for an ad for the Association of American Medical Colleges.

The Bronstein & Weaver firm won an award for its Philadelphia 3.0 campaign.

Under the “Special Categories” subset, they won “Most Daring And Successful Tactic” for not having to mention any of the candidates’ names.

“Philadelphia 3.0’s call for Term Limits and use of #ChangetheCharter was the centerpiece
of our campaign and rallied voters to change the composition of city council in historic fashion,” said Alison Perelman, Executive Director of Philadelphia 3.0. “The choice to focus on Term Limits was bold but vindicated by both the election results and now by the recognition we have received for our groundbreaking campaign.”

The third was for “Best Door Hanger”.

The biggest winners by far, however, were Jamestown Associates who took home eight awards.

All eight are listed below: