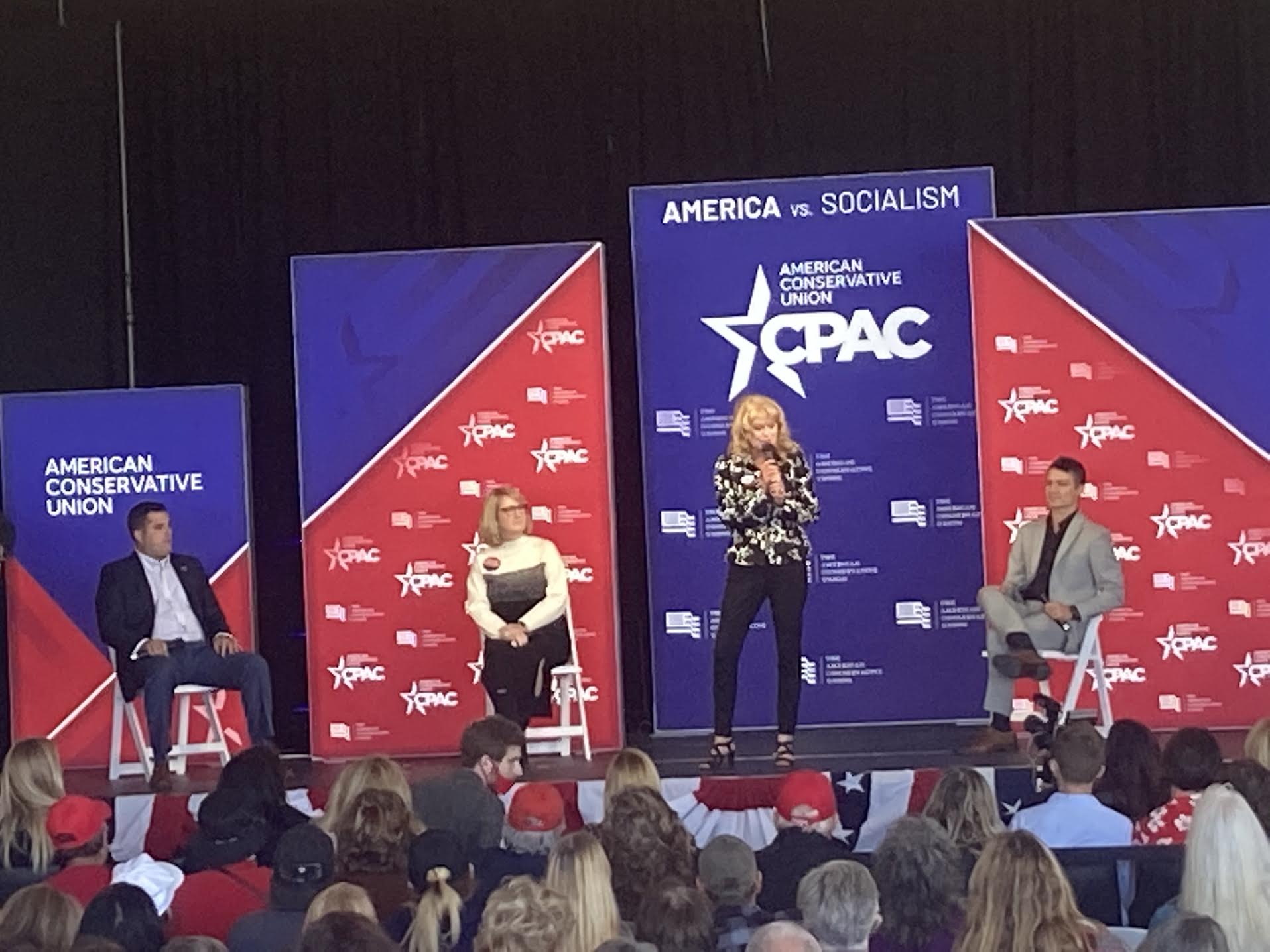 WASHINGTON, Pa.- Donald Trump often talked about the “forgotten men and women” of the country while on the campaign trail in 2016 and this message seemingly resonated well in western Pennsylvania.

“Washington D.C. should listen more closely to Washington, Pa,” said Charlie Gerow, a longtime GOP consultant in Pa. who serves as Vice President of the American Conservative Union. On Saturday, just 45 days before election day, Gerow and CPAC welcomed hundreds of conservatives to the county airport for a pro-Trump rally.

Energy and COVID-19 were the topics of the gathering, the second in a CPAC swing of several battleground states.

“Natural gas could possibly make Pennsylvania the energy hub of the Northeast,” said Shawn Steffee, Executive Board Trustee of the Pittsburgh-based Boilermakers Local 154. He said Trump’s policies caused a positive “ripple effect” in western PA and are the reason the union is backing the President for reelection.

“We need to keep moving forward, we need a commitment and that’s why the boilermakers have chosen and endorsed Donald Trump because he understands energy,” Steffee said. “He understands that we need to move energy in the future and the technology into the future.”

Participants railed against the Green New Deal and attempted to link Joe Biden to the progressive wing of his party. The former VP was so concerned with the issue that he visited Pittsburgh in late August specifically to rebut it.

Panels and featured speakers including Diamond and Silk, ACU Chairman Matt Schlapp, and many local elected officials and candidates. 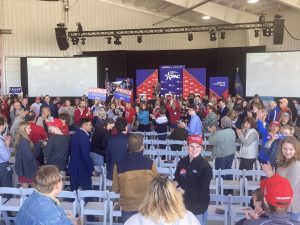 Many of them took aim at Gov. Tom Wolf, whose COVID-19 response was a punching bag for the mostly maskless gathering, remarks that grew an occasional “lock him up” yell from the audience.

“I don’t contest the fact that it’s highly contagious,” said Rep. G.T. Thomson (R-Centre). “I gotta tell you what’s more harming, what’s more damaging has been how folks like Nancy Pelosi, like Tom Wolf have chosen to manage their aspect, their part of government in response.”

Sherman, alongside fellow commissioner Diana Irey Vaughan, promoted the lawsuit they jointly filed with other GOP commissioners in the region against Wolf’s pandemic orders.

Stacy Garrity, the GOP nominee for Treasurer, didn’t mention incumbent Joe Torsella or Wolf by name during her speech, but tied the two together, making the case that Torsella isn’t holding Wolf “accountable” and has his eyes on higher office.

“I’m going to tell you why we need a change in the current Treasurer’s office. Did you know that this governor spent $900 million more last fiscal year than what was appropriated. Who knew that?” she blasted. “And the reason you don’t hear about this is because there’s no checks and balances on the governor. We haven’t had a Republican Treasurer in 25 years.”

Over the past several months, Wolf has received high marks for his response to the COVID-19 pandemic in the state, although a recent poll conducted jointly by Northeastern University, Harvard University, Rutgers University, and Northwestern University showed the Governor dipping below the 50% mark for the first time. Earlier in September, White House coronavirus task force coordinator Deborah Birx lauded the state’s and Wolf’s response to the pandemic to help slow the spread of COVID-19. Trump’s response to COVID-19 in the state has consistently remained under water.

The seismic news of the weekend, the passing of Supreme Court Justice Ruth Bader Ginsburg, added intensity to an already heated race.

“If it wasn’t clear enough to people, we have this news of Ruth Bader Ginsburg and we should all pray for her and all the people we’ve lost this year in many ways she had an amazing life,” Schlapp said. “But the opening on the Supreme Court just punctuates this question about what’s at stake.”

Jeffrey Lord, who worked in President Ronald Reagan’s administration, reminded conservatives of how Robert Bork’s nomination was rejected and warned conservatives that if they don’t speak up, the same could happen to another Trump appointment.

“Sad to say, there was a fight like we had never seen and we weren’t ready for,” Lord said, talking about the failed Bork nomination. “I just want to suggest to you that we’re about to go through this again and I have an email here while I was sitting here waiting to go on and it says that President Trump will nominate a conservative justice.”

“We don’t know who that is, but we know it will be a conservative,” Lord said. “My suggestion to all of you is don’t let this person be Bork’d and you guys need to stand up and fight right here and carry that fight and first of all getting Donald Trump reelected.”

“Donald Trump is the only thing that’s standing in the way of socialism in this country,” Parnell said, criticizing Lamb for his vote to impeach. “Donald Trump is there at the parapet taking shots for the American people everyday. He fights for us, so guess what? It’s our turn to fight for him.”

“Donald Trump will win the state of Pennsylvania,” Parnell said. Parnell also touted his A rating from the NRA, compared to an F for Lamb.

Although the overwhelming sense at the event was that Trump will carry the state and secure another term, polling shows that the president is trailing Biden in the Keystone State.

Despite trailing in the polls, PA GOP Chairman Lawrence Tabas pointed to the yard signs he has seen in the region and across the state as proof that Trump is heading to a second term.

“Why are yard signs so important,” Tabas asked. “Because they are the symbol of voices of Americans who have not been heard by the establishment. Yard signs are the symbol in our confidence of victory,” he added.

If Trump is to carry the state, he’s going to need to put up big numbers in areas like Washington County and western PA to offset the expected Biden gains in the suburbs of Philadelphia and Pittsburgh.

Trump beat Hillary Clinton by 25% and 25,000 votes in Washington County, more than half of his statewide margin of victory. He outperformed Mitt Romney, who in 2012 netted 12,000 votes in a 13% win in the County. GOP candidates for U.S Senate and Governor won Washington Co. by just 2,500 votes and 1,000 votes, respectively.

One thing that is certain is that the full court press is on for Pennsylvania. Both presidential candidates and their surrogates have been campaigning for months in the state. Trump is set to hold a rally at the Pittsburgh International Airport on Tuesday evening, while Biden delivered remarks in Philadelphia on Sunday afternoon.