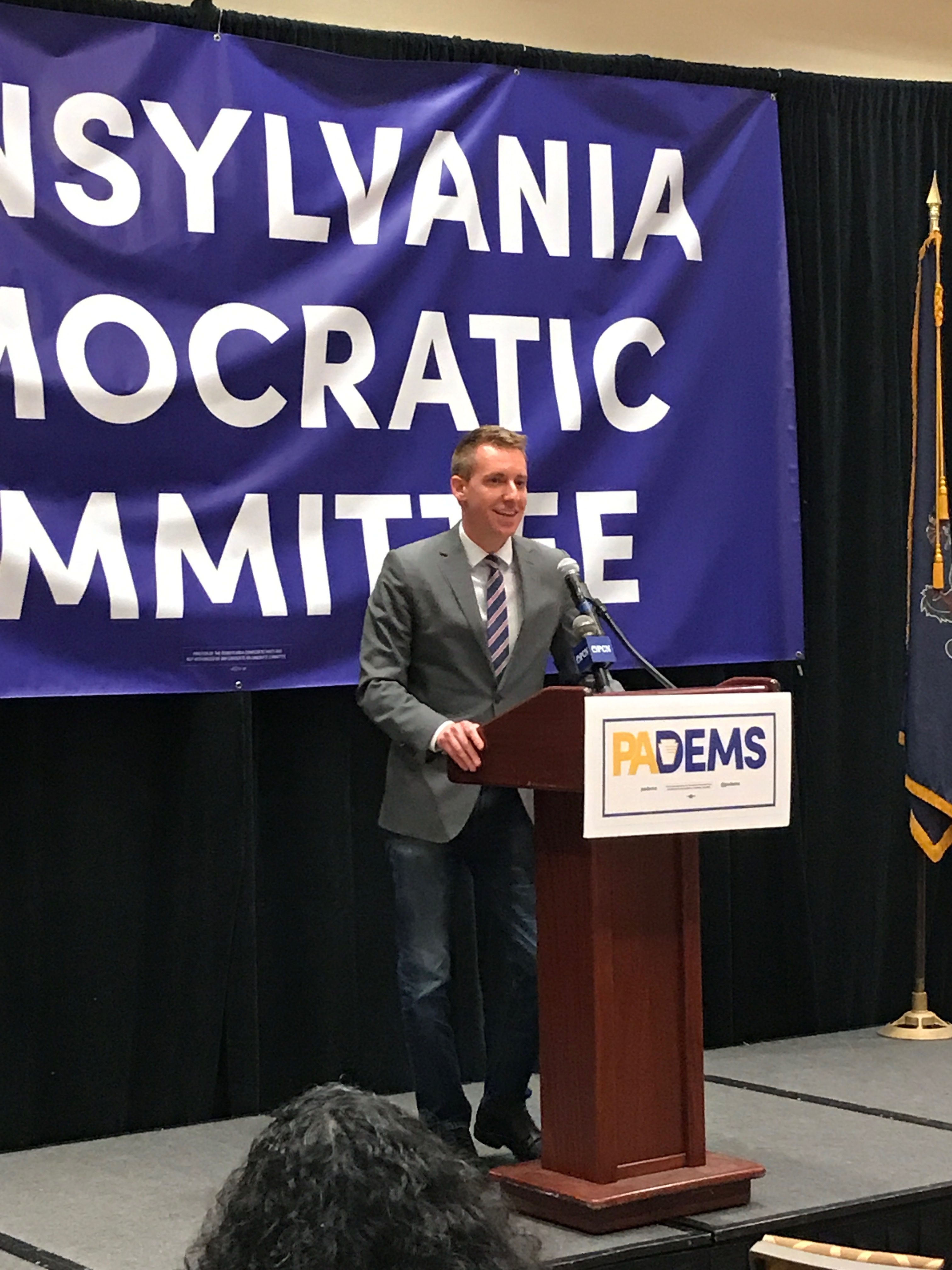 For the dinner, with over 460 people in the room, the speeches focused on pulling more voters to the Democratic party, and getting the message out to voters.

“We as Democrats have to have the courage to make our argument, and make it to everyone,” Kander said during his remarks.

“We are the party who has not stopped having townhalls. I have had 6 town halls this year alone,” Cartwright said.

“People in Pennsylvania voted for Trump because they are hurting.  We need to take our message to them that we will create the jobs, and fight for organized labor,” Cartwright continued.

The general meeting featured speeches from the slate of judicial candidates, all thanking the party members for the work they have done, and asking them to help make the final push through to election day.

Lieutenant Governor Mike Stack addressed the party during the general meeting.  He took the chance to discuss redistricting reform in Pennsylvania.  The appearance comes as Stack is facing at least two primary challengers next year.