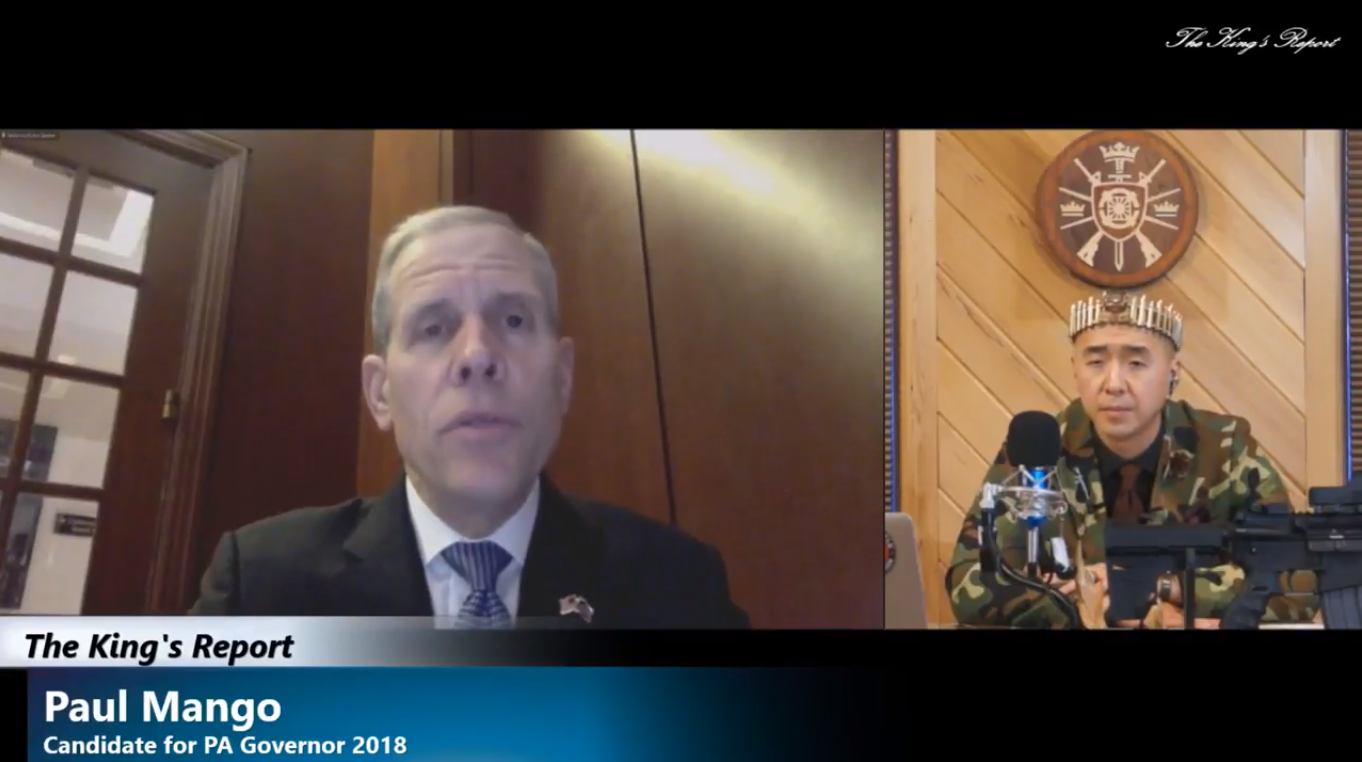 The Pennsylvania Democratic Party is targeting Republican Gubernatorial candidate Paul Mango over his interview with Hyung Jin Moon, the leader of a Christian Sect based in Eastern Pennsylvania where Mango agrees children are “indoctrinated into the homosexual political agenda.”

During the 37-minute interview with Moon, who sat behind a mounted assault-rifle on his desk, discussed what he viewed as issues in society.

“There’s so many, I think, people of faith that have strong Christian values that don’t want to send their kids to school because they’re scared of the indoctrination factor,” Moon said.

“They’re not only going to learn the actual required course load, they’re getting indoctrinated into the homosexual political agenda, they’re getting indoctrinated in the transgender agenda saying that their emotions, that they can choose how they feel based on how they feel their gender which is totally against the bible, it’s totally against biology, I mean my goodness.”

Mango steered the conversation towards property tax, while not disagreeing with Moon’s assertions.

“Yeah and let me just mention two other things. In addition to all that we’re having ten thousand Pennsylvanians a year evicted from their homes because of out of control property taxes,” Mango said.

“This is the most recent evidence that Paul Mango is moving as far to the right as possible. Paul Mango’s homophobic and racist interview and his subsequent lies about it are proof that he is not fit for public office,” Pa. Dems Communications Director Beth Melena said in a release.

The Mango campaign fired back saying he does not agree with Moon’s views.

Paul does not agree that schools are indoctrinating our kids. However, Paul does believe that our culture has eroded and has become more and more intolerant of traditional family values. It is a huge problem when people of faith are attacked for holding to their religious principles,” Mango campaign spokesman Matt Beynon told the Tribune Review.