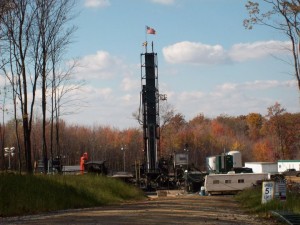 Earlier this morning, three executives from some of Pennsylvania’s top oil and gas companies held a conference call with statewide reporters to discuss their views on how the proposed severance tax, which drillers would pay on the value of the gas taken from a well, could potentially affect their industry and the Commonwealth.

Though these individuals may represent different companies, they were unanimous in the feelings that the severance tax would be a major threat to the economic stability of Pennsylvania.

Wissman, who spoke first, was quick to point out how the growth of the oil and gas industry in Pennsylvania has benefited the citizens of the Commonwealth and that continued growth will lead to greater prosperity.

“Today, over 200,000 core and ancillary jobs are associated with the oil and gas industry in Pennsylvania,” she asserted.

Wissman did, however, state that the development of this industry is still far from complete and that the severance tax could prove detrimental to Pennsylvania’s progress.

“It seems to me quite strange to single out a single industry, applying a tax to that industry different than any other tax on any other industry in Pennsylvania and equate that with fairness,” Lou D’Amico noted.

Finally, Spigelmyer chooses to discuss the impact the severance tax could have on Pennsylvania’s ability to compete globally.

“If Pennsylvania upset the competitive apple cart, so to speak, we lose capital and we lose jobs.”

During questioning, the officials were asked if they would accept a severance tax at a lower rate than the 5% proposal currently being advocated.

“We are absolutely against any severance tax,” Wissman replied. “We have had conversations with numerous legislators, business leaders, small and large businesses that have a stake in this industry and any kind of severance tax is extremely problematic.”