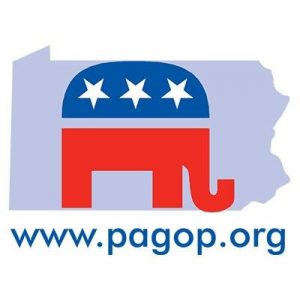 Heading into the 2018 midterm elections the Republican Party of Pennsylvania is facing fundraising and staffing issues, combined with a contentious Gubernatorial primary that is dividing some members of the Party.

According to City & State the PA GOP finished 2017 with just $15,000 in their accounts, barely enough to keep the lights on at headquarters.

During the 2017 judicial elections the party had about 15 employees, which according some was a sign of under staffing issues that have continued into this year.  A spokesman confirmed to City & State the identity of four permanent staffers, all recent hires. In the past six months, five senior level staffers either left, or gave their notice.

“I think we usually had about 20 people; in presidential years, we probably had over 200, including field staff.  One of the most effective things I was able to do was hire good staff. But you need a lot of money to do that,” former PA GOP Chairman Rob Gleason told City & State.

GOP operatives, speaking anonymously to City & State, agreed that the staff levels at state party are lower and put the blame on either financial strains of not having enough money in the bank or “some unspoken misconduct.”

The issues at the state party lead to some grumblings about the leadership of current Chairman Val DiGiorgio.  DiGiorgio took over as Chairman in a hotly contested race at the start of 2017.

In a letter to state party leadership following the City & State article, DiGiorgio took issue with the report’s accuracy.

“In the article it talks about how we were left in good financial footing at the start of our administration. This is not true. When we started we had less money in the bank then was needed for one month of operating expenses, no staff and $160,000 in debt, at which we have chipped away,” DiGiorgio wrote of one point of contention.

DiGiorgio also took issue with the idea that the lower number of staffers is truly an issue for the party, saying he “made the conscious decision to operate with leaner staff and to put money directly into campaigns. As a result, we put about $350,000 directly into the GOTV effort for the judicial candidates, a type of investment the party had not previously made in statewide campaigns.”

DiGiorgio has recently entered into the feuding between Gubernatorial candidates Paul Mango and Scott Wagner, making several statements in support of Wagner.  The state party voted to endorse Wagner in the GOP’s primary.

In a letter obtained by PoliticsPA, six state party members wrote a letter to DiGiorgio asking him to “rescind your claim” that state committee members knew about the issues Mango’s campaign brought up about Wagner.

“The fact is, Paul Mango’s claims against Scott Wagner have already been heard and rejected by the elected state committee members, who at our meeting in February, overwhelmingly endorsed Scott Wagner to be our candidate for Governor,” DiGiorgio said.

“We would respectfully contest this statement that you made on behalf of the entire Republican Party of Pennsylvania because we had no idea that State Senator Scott Wagner was involved in these disputes. You may have known about the issues Mr. Mango highlights in his advertisement, but none of these issues were ever disseminated to the State Committee as you claimed in your statement,” the party members wrote.

Letter to DiGiorgio by Paul Engelkemier on Scribd

“It’s been almost two and half months since we had the opportunity to select you to lead the fight against Tom Wolf this coming fall. Our Party endorsed you for many reasons, but above all else, we wanted you as our nominee because we saw that you were a proven fighter. We believed you would be able to take on whatever attacks the Democrats threw at you and overcome them,” a letter signed by 24 members of state committee reads.

“While we did not think that you would need to tap into that fighter’s mentality until the General Election, the way you have handled the inexcusable smears on your character over the past few weeks has reinforced to all of us why you were the right choice for us, both then and now.”

The state party has also not filed a finance report with the Pennsylvania covering the first quarter of 2018.  The lack of a report could simply mean the filed late with the Department of State, or that they did not spend enough money to require filing.

PoliticsPA has reached out to the PA GOP for comment.