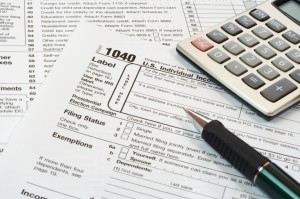 After releasing 10 years of his own tax returns, Governor Tom Corbett’s campaign pushed his Democratic opponents to follow suit.

In a press release, Corbett’s campaign manager Mike Barley pointed to Democratic support of the action.

“Mitt Romney continues to betray the American people and his refusal to release his tax returns and give straight answers about his role at Bain Capital and his offshore bank accounts, makes people wonder what more is he hiding? Mitt Romney should take Rick Santorum’s advice and come clean to the American people,” stated Burn in 2012.

“Governor Rendell and the Democratic Party beat up Mitt Romney for paying a 14 percent tax rate, so I would only expect that they would join us in criticizing millionaire Secretary Tom Wolf for paying nearly half of that,” added Barley.  “How did he get to that tax rate?  The people of Pennsylvania deserve to know who the real Tom Wolf is and that will require him to be open and transparent about his campaign loans and questionable business practices.”

Last week, Wolf released his tax return, showing $2.2 million in income in 2012. He also released the terms of the $4 million loan he took out to partially finance his campaign.

At this point, Republican challenger to Governor Tom Corbett is refusing to release his returns.