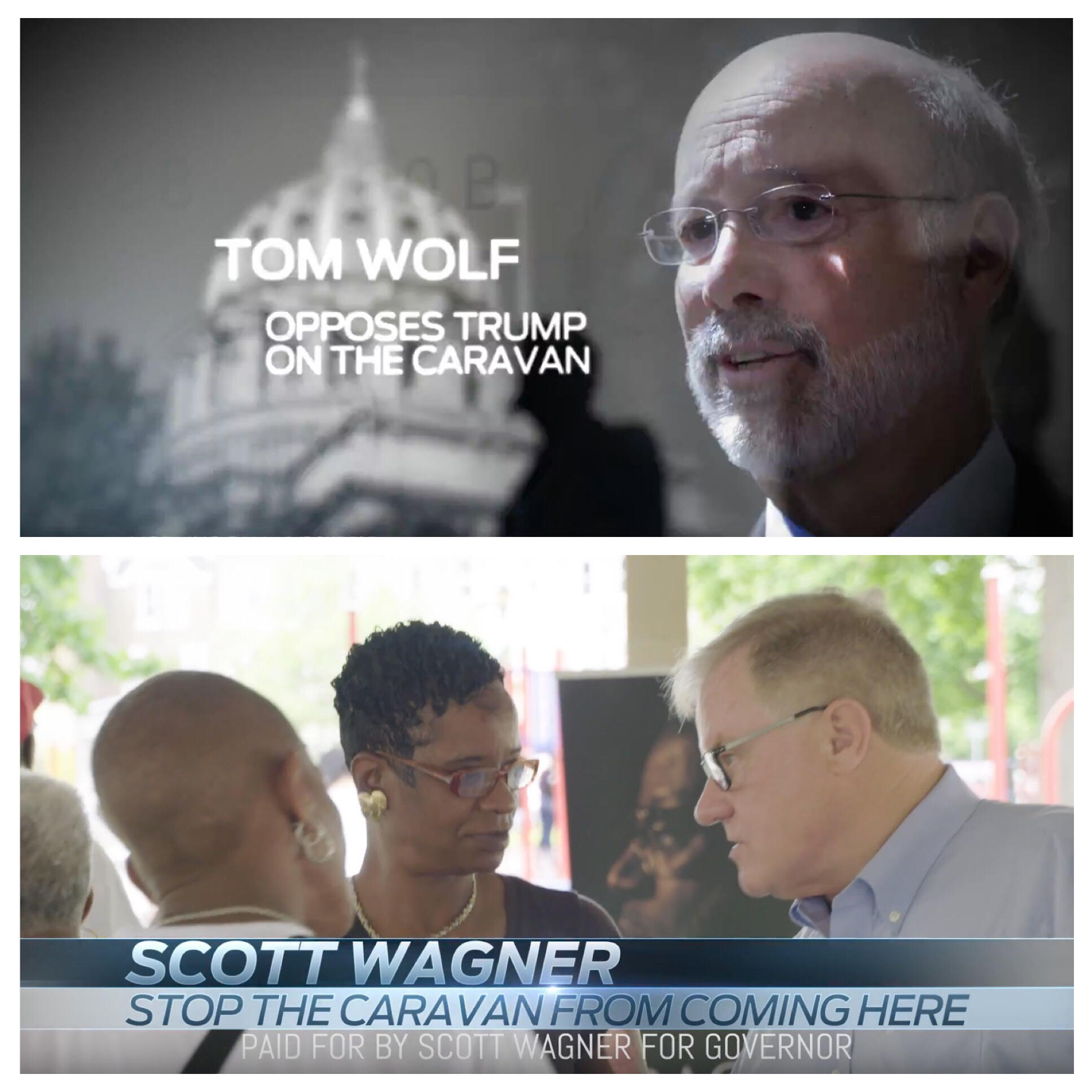 Today, GOP candidate for Governor, Scott Wagner released his final television ad before the election championing President Donald Trump’s call to send troops to the southern border of the U.S. to prevent a migrant caravan of entering the country. The 30 second spot also attempts to paint Wolf as not keeping Pennsylvanians safe.

“A dangerous caravan of illegals careens to the border, two more behind it, and liberal Tom Wolf is laying out the welcome mat,” the ad states. “He (Wolf) opposes President Trump’s call to send troops to the border and supports dangerous sanctuary cities, which attract even more illegals.”

The ad goes on to claim that Wagner is the candidate to keep the state safe, ban sanctuary cities and “stop the caravan from coming here.”

“While Tom Wolf is getting his welcome mat out for the approaching caravan, Scott Wagner will put the safety and security of Pennsylvanians first,” said Campaign Manager Jason High. “Unlike Tom Wolf, Scott will ban sanctuary cities and would never refuse to help President Trump secure the border.”

This ad is a part of the $1 million the Wagner campaign is spending on television in the final week of the campaign.

The Wolf campaign believes the ad is a “race-baiting” attack that shows their opponent is not fit to be Governor.

“If we needed yet another example of how desperate, unhinged, and unfit to be governor Scott Wagner is, now he’s resorted to a last-minute, race-baiting attack based on absolute lies that has already been called shameful by one newspaper,” said Beth Melena, Gov. Wolf’s Campaign Communication Director. “On the heels of his angry rant where he threatened to stomp on Governor Wolf’s face, this is just more nonsense from Scott Wagner. It’s clear he is unfit to be governor.”

It is outrageous what the Democrats are doing to our Country. Vote Republican now! https://t.co/0pWiwCHGbh pic.twitter.com/2crea9HF7G