Sources provided PoliticsPA with an internal Corbett campaign memo that discusses the various election models that BehaviorMatrix has forecast for November 4th.

“BehaviorMatrix collected and analyzed actual voter turnout data from the past three gubernatorial off year elections in Pennsylvania,” the memo reads. “The model uniquely matches retrospective results with likely voters, and further defines eligible voters as part of its calculus.”

In contrast to most polls which survey registered voters, the BehaviorMatrix model seeks to narrow its focus towards likely voters. After studying the last three gubernatorial elections, the model projects an electorate close to the 2002 election.

“As for the 2014 election, BehaviorMatrix’s model predicts a much closer race,” they write. “The predicted turnout of likely voters is estimated at 3,920,229 voters with the Governor trailing Wolf by 7 points instead of 20.”

It’s clear from this memo that the Corbett-Cawley team believe they have still have a reliable path to victory.

Update: Below are some better resolution photos of the maps: 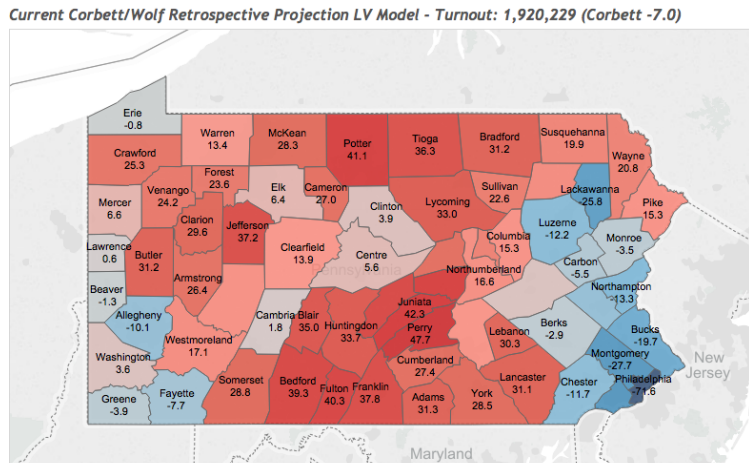 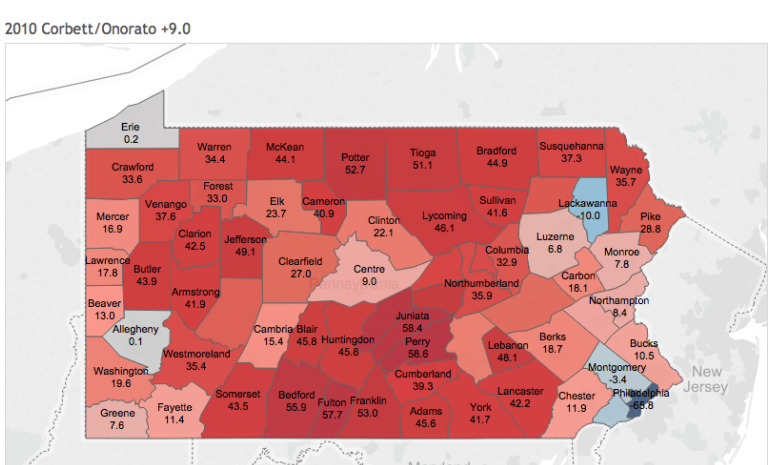 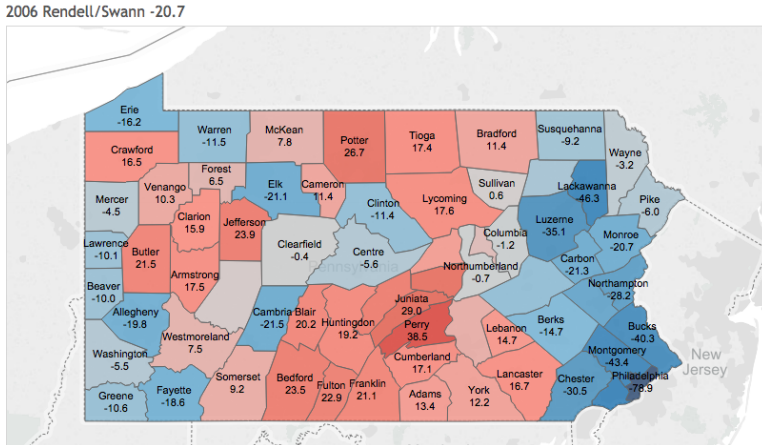 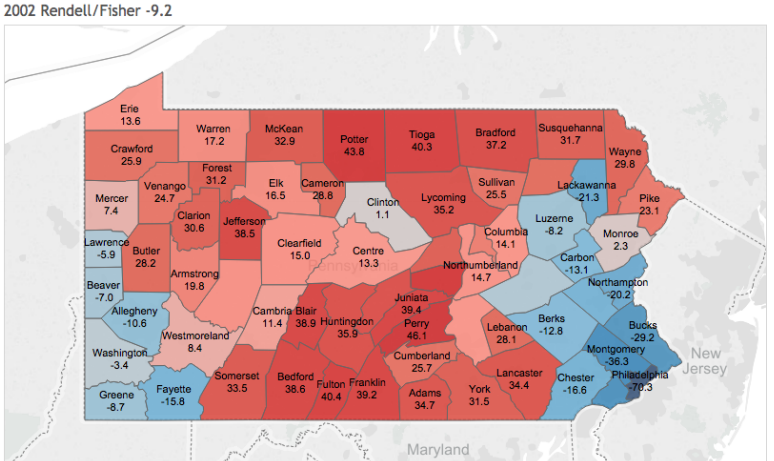