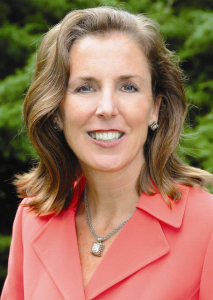 The McGinty campaign is running behind in the polls but that doesn’t mean she’s given up.

In the last campaign finance report to come out before May 20th, the second Friday pre-primary election report, it is revealed that the former DEP Secretary raised $173,773 from April 1st to May 5th. During that time, the campaign spent $985,872 and has $806,261 in cash left on hand.

McGinty received $11,500 in PAC money with a large chunk of that coming from a $5,000 donation from the PA Power PAC, a progressive organization dedicating to expanding voter participation. She also got $2,500 from a group connected to the law-firm of Duane Morris and $1,000 checks from Pennoni Associates PAC, State Street Advisors PAC and the Massie Committee.

Nearly half of all the campaign’s spending came on TV advertising, a testament to just how important television still is to the election process. Altogether, they spent $488,891 on media buys and production of ads to SKDKnickerbocker. With little good news to gleam from public polls the McGinty group decided to conduct their own polling courtesy of Peter D. Hart Research Associates which ran another $200,000. The campaign also had to spent the requisite money on staff and consultants, including $30,740 in consulting fees to Integrity Partners and Associates.

Additionally, McGinty recouped a $300,000 loan that she had given to her campaign although she still has $235,000 in outstanding loans remaining.

For all their troubles, though, the McGinty campaign is still in the black and will be able to capitalize if the negative campaigning of McCord and Schwartz should backfire to her benefit as they hope.