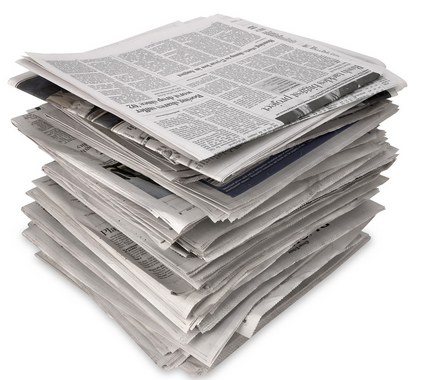 With roughly two weeks left until the May 20 primary date is upon us, various newspapers across the state have begun to announce endorsements in the gubernatorial and lieutenant governor contests. Here’s a running list of which newspapers have committed to supporting which candidates.

“In Editorial Board interviews with the four candidates, we found Schwartz to have the deepest understanding of the issues in the gubernatorial race and the most realistic approach to the negotiations and compromises involved in turning campaign positions into legislation.

And unlike her three opponents, Schwartz relied more on the policies she would pursue as governor rather than on her own personal history in stating her case for the Democratic nomination.

We believe Schwartz has the experience and qualifications to present the Democrats’ strongest case in the November General Election.”

It is the totality of Wolf’s experience — as a successful businessman and former state revenue official — as well as his non-traditional approach to politics that makes him best-suited to confront Corbett in the fall.

These are different and difficult times for Pennsylvania. And they require someone with a new and different approach. […] Wolf charts the better course, and his unusual record and broad experience suggest he is most likely to bring the change that Pennsylvanians need to Harrisburg.

Despite their ample qualifications, it is Mr. Wolf, 65, of York County, who brings the best package of skills, experience and temperament to carry his party’s agenda into the fall fight with Mr. Corbett.

Mr. Wolf’s experience in the revenue department, along with his perspective as a business owner, gives him a ground-level understanding of the state’s tax code. That is the foundation of his belief that reform is essential so that businesses are taxed in an even-handed manner that does not give undue advantage to some at the expense of others, so that property owners won’t continue to carry such a heavy load for funding public schools and so that drilling companies pay more for the benefits they are withdrawing from deep under Pennsylvania.

Although Mr. Wolf portrays himself as a different kind of politician, he has been politically involved for years as a generous campaign contributor, significantly to Mr. Rendell. Mr. Wolf’s decision to fund this primary race with $10 million from his own fortune is at odds with his view that campaign finance limits are necessary, but he is correct that he is playing by the rules as they are currently written.

Recently as Treasurer, McCord filed an amicus brief in support of overturning of Pennsylvania’s law that defines marriage as being between one man and one woman, which made him the first treasurer in the country to support marriage equality in a legal proceeding. Additionally, McCord has introduced comprehensive plans to reverse Tom Corbett’s $1 billion in cuts to Pennsylvania’s classrooms, invest more than $1.3 billion in early learning and K-12 programs, generate revenue to fund education improvements and environmental protection with a 10 percent drillers’ tax, and raise the state’s minimum wage to $10.70 an hour in his first year in office.

“Democratic voters will choose from a formidable field on May 20, one from which still other candidates have already been winnowed. It’s that much more impressive, then, that his record and readiness mark McCord as the candidate most likely to match words with deeds.”

“He’s a leader. He’s the kind of man — or maybe we should say businessman — that Pennsylvania needs as a governor. Wolf’s biggest drawback is his tenure as revenue secretary under former Gov. Ed Rendell, who left office with a $4 billion deficit. Wolf downplays his time in Harrisburg on the campaign trail, choosing instead to focus instead on his private sector experience.

None of the other politicians and bureaucrats running for governor (including the incumbent) can tout such strong business bona fides.”

“We believe that Wolf is the best choice for leading the state Democratic party and taking on incumbent Gov. Tom Corbett in November.

What is most obvious about Wolf is that he is not your typical politician. He has experience in several areas — as a business owner, an academic, a Peace Corps volunteer in his youth and as state revenue secretary — that in total makes him a well-rounded candidate.”

“Many talk about running government like a business – but Tom Wolf could actually do it (and be compassionate in the process).

That’s what really separates him from the Democratic primary pack – most of whom take similar positions to Mr. Wolf’s on the big issues facing the state.”

“The candidate, however, who most readily acknowledges and appears most eager to perform the true No. 2 nature of this job — they don’t call it lieutenant governor for nothing — is Mr. Critz. As the longtime chief aide to the late U.S. Rep. John Murtha, Mr. Critz tells voters that he already has served capably in a support role. He reminds Democrats that the lieutenant’s duty is to work for the governor and his or her priorities, not advance an agenda of one’s own.”

Five Democrats are seeking their party’s nomination to become lieutenant governor. But one rises above the pack. And that’s Mark Critz.
Critz knows the players and the people well and would serve Pennsylvania with distinction in the No. 2 spot.”